AirPods Pro 2 gets day one firmware update, here’s how to install it

After watchOS 9.0.1 for the Apple Watch Ultra, Apple has released a new firmware update for AirPods Pro 2. Both of these devices will be available starting tomorrow, which means users will have day one updates to install once they get their hands on these products. Here’s what you need to know.

AirPods Pro 2 firmware’s new version is 5.0, build 5A377. As of now, Apple does not disclose what’s changing with this firmware. For the Apple Watch Ultra, for example, the Cupertino company is fixing an audio issue with the microphones available on the device.

For the AirPods Pro 2, Apple is likely doing something similar. More interestingly, the company is also testing a firmware update for AirPods Max, which has currently not been made available for users. In this firmware, a developer was able to discover that Apple is readying a new audio codec to improve calls on the premium headphones.

In addition, this beta firmware made us believe that Apple could be readying Lossless support for AirPods Pro 2 as it would need Bluetooth 5.2 to support the new LC3 standard (this device offers Bluetooth 5.3). As previously reported:

While the LC3 codec will improve audio calls, efficiency, and stability of Bluetooth devices, the requirements to take full advantage of this standard will require Bluetooth 5.2.

(…) In addition, 9to5Mac already found references on iOS 16 that it will support LC3 codec and low-energy Audio support. For the LE Audio support, it’s worth mentioning that a senior Apple engineer is heavily involved in this new standard.

(…) With Bluetooth 5.2 and LC3 support, Apple will be able to get rid of AirPods desynchronizing when on the user’s ears, and improve battery life thanks to the low-energy standard, while focusing on efficiency and stability.

It’s not clear when Apple will take advantage of it. For example, the new Apple TV 4K could support a 120Hz refresh rate but Apple hasn’t implemented this feature yet. 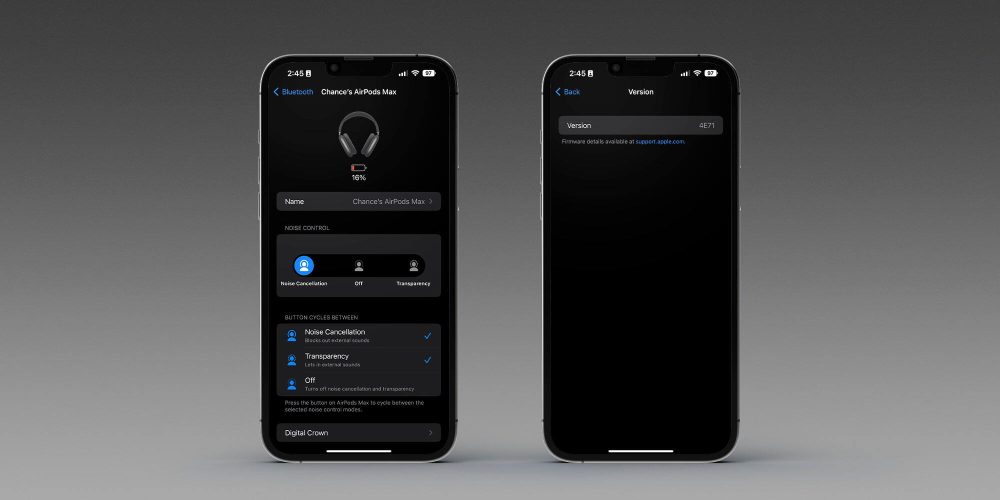 To check your AirPods firmware version:

If you spot any changes in the AirPods firmware update rolling out today, let us know down in the comments or on Twitter @9to5Mac.