Since I had a 360/action cam to test (review to follow), I thought I’d give you a 360-degree video tour, supplemented by some photos provided by Apple …

I’ve never before been to an Apple Store opening, and wasn’t 100% sure what to expect. In particular, arriving just 10 minutes before the opening time, I had no clue what sort of line I might be facing! I did have visions of the line running for block after block.

In the event, I was fortunate. The line ran around the side of the building, then just one block down. 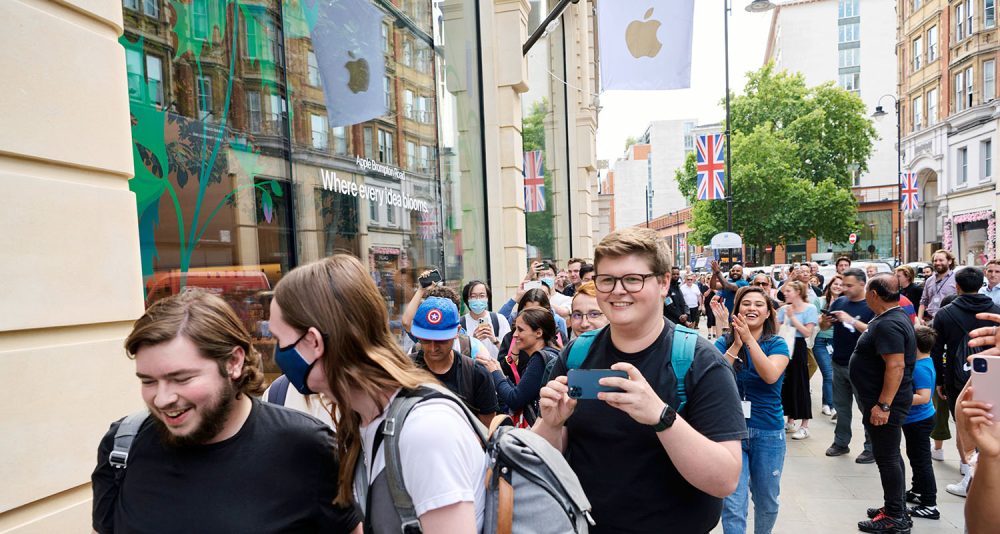 There were plenty of Apple staff on hand to welcome people, and to chat while we waited. There was also a woman from the photos team checking whether people were okay being photographed. Your answer was noted in an iPad app, together with your phone number, and a photo added. That gave Apple a visual database to check against once they knew the photos they wanted to use.

Someone from Apple started a 10-second countdown to the store opening, and seemed to expect us to cheer when they reached zero. They’d apparently not been briefed that we were Brits. I think three people clapped for a couple of seconds.

The size of the store meant that it was able to accommodate plenty of people at once, so once it was 4 p.m., the line moved quickly. They were letting people in in groups of around 20 people, and the inside of the store was lined by staff applauding. Again, being British, I wasn’t sure how one was supposed to respond. Does the act of walking into a store merit raucous applause? I’d have felt much more at home if they’d offered me a cup of tea. This chap seemed to enjoy it more. 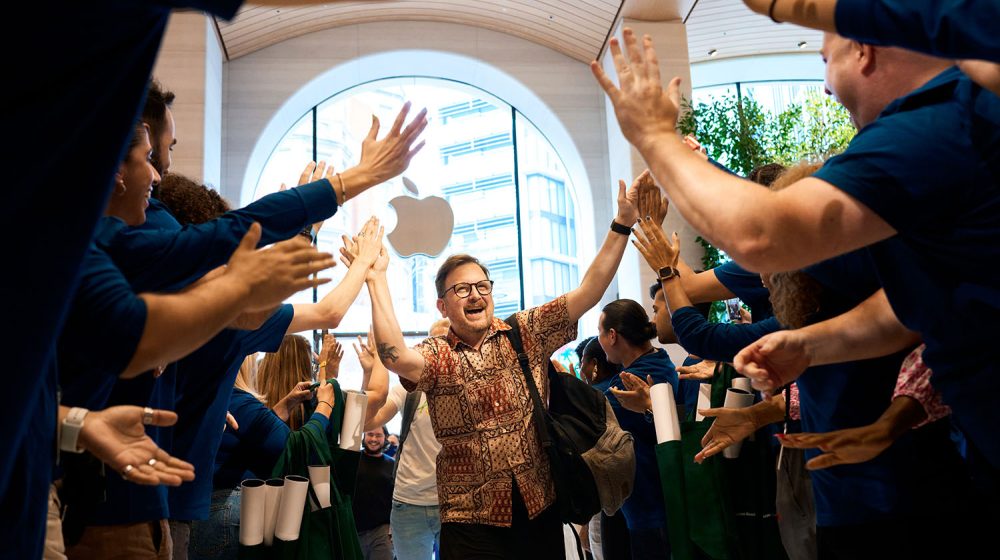 More welcome to me was the person who handed me a tote bag with the gorgeous custom-designed Apple Brompton Road graphic. This also contained a poster. 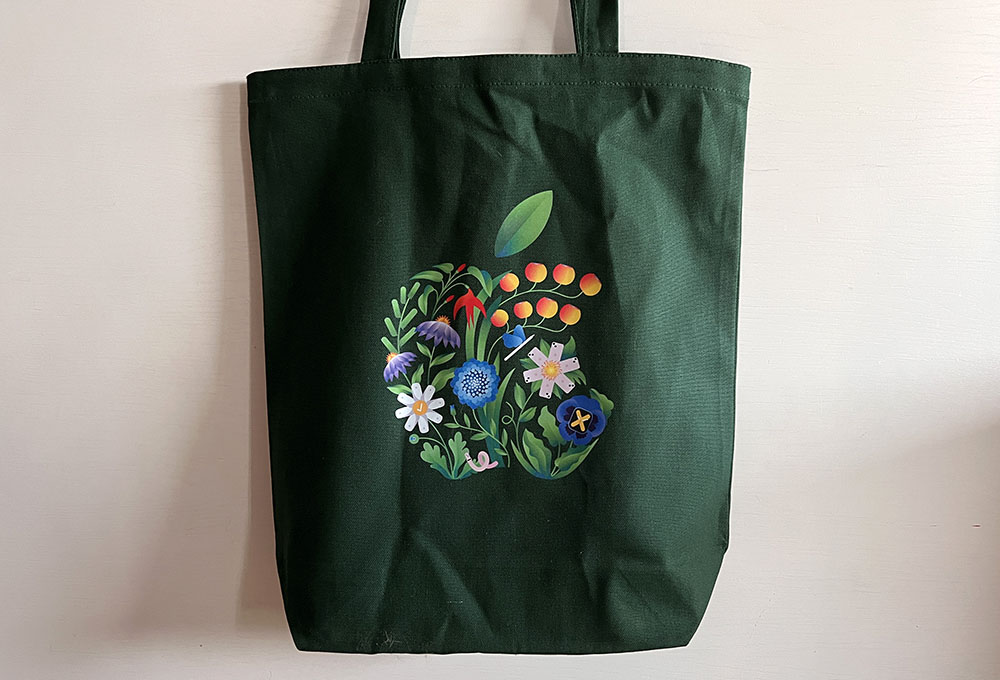 I was separately handed a small envelope. Sadly, this didn’t contain an Apple Gift Card to the value of an M2 MacBook Air, but rather a packet of seeds. 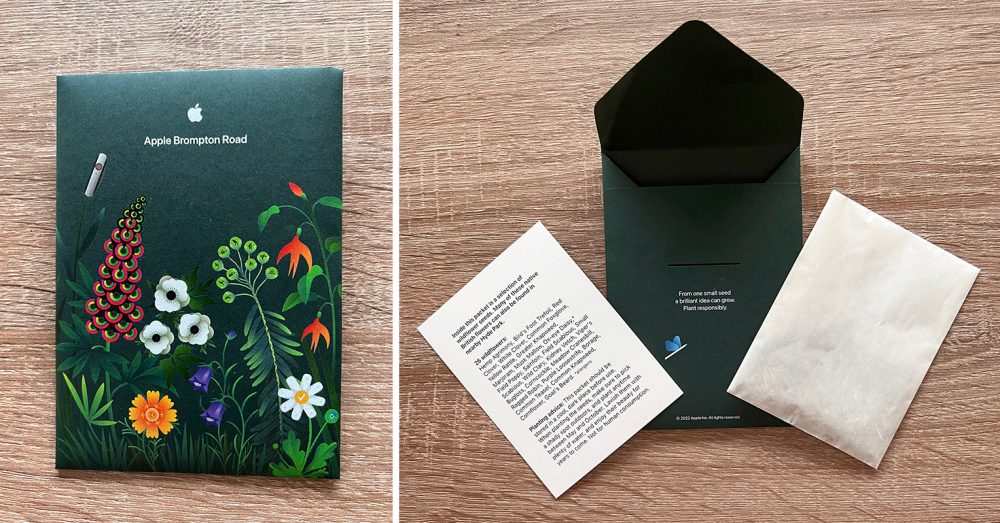 The store is absolutely beautiful. The arched ceilings in particular really pay homage to the history of the building. I wasn’t sure how well the mirrored ceiling in the forum area was going to work, but I actually think it’s great (when I walk into the area in the user-controlled video, look up). 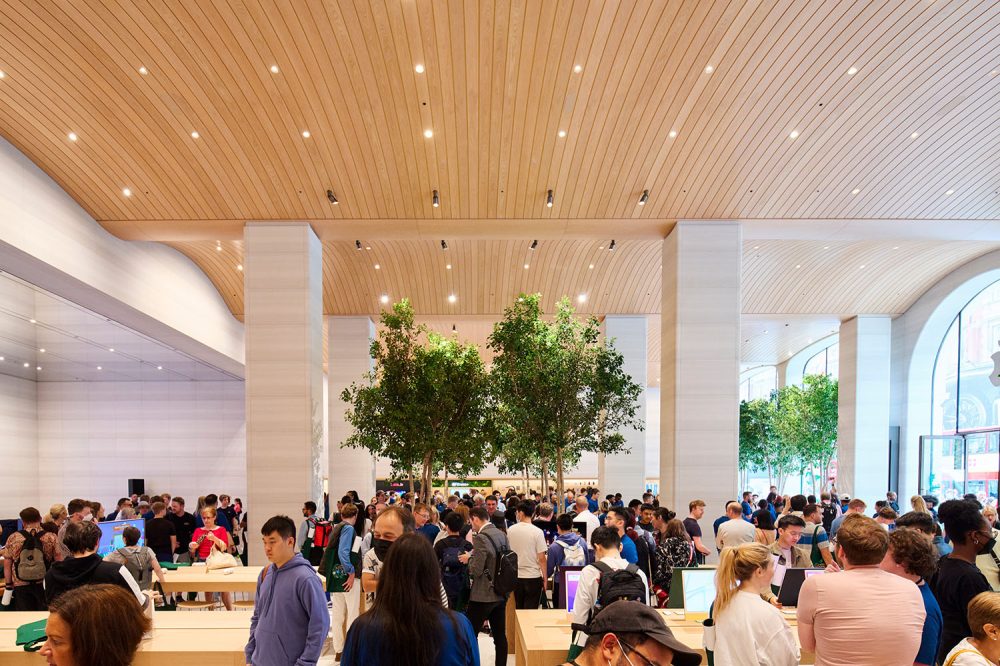 Apple said there are 200 staff, and it felt like they were all there! Despite the huge number of customers attending the opening, I must have been approached by staff on at least a dozen occasions, asking whether I needed any help.

The visit also gave me my first hands-on experience of the M2 MacBook Air, and it’s the cutest thing! When I picked it up, it felt like it weighed almost nothing. The Midnight model looks particularly gorgeous, though the fingerprint magnet nature of the finish was very evident. 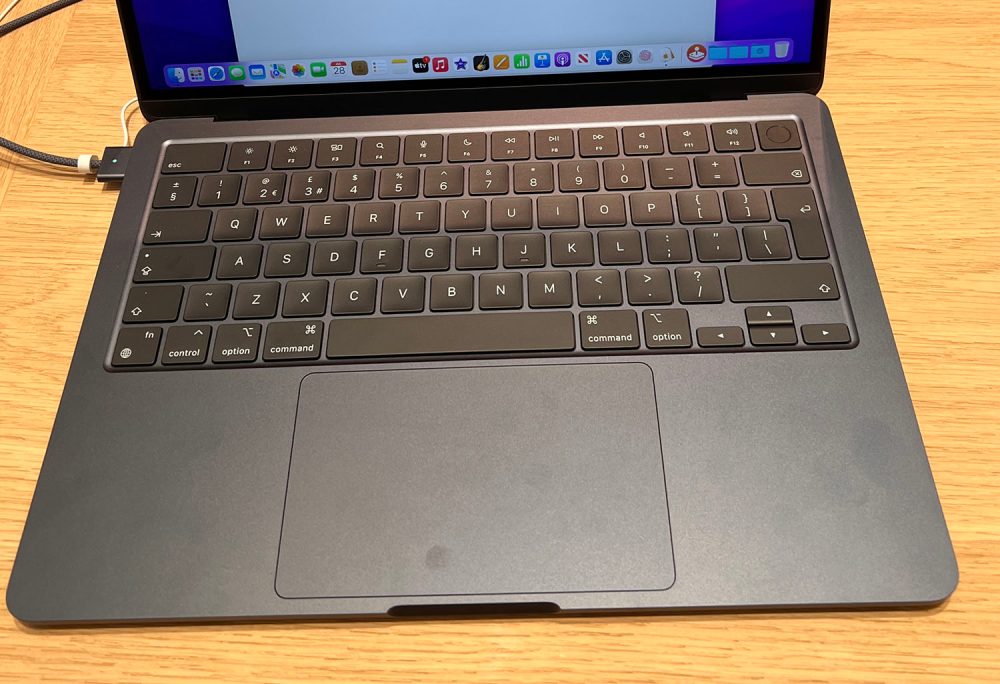 I’m currently testing the Insta360 ONE RS Twin Edition. This is a very neat modular package that gives you both a 360-degree camera and a GoPro-like action cam in one system. I’ll talk about the camera in a review to follow, but as someone with limited experience of 360-degree video, I did learn a couple of lessons.

First, my assumption that it didn’t matter which way around I held the camera, since it is shooting all angles, isn’t quite correct. At least, not if you’re shooting native 360-degree footage, which lets the viewer choose the direction in which they look. (It’s not an issue if you’re going to reframe the video yourself.)

There is a front and a back to the camera, and while the viewer has full control of the direction in which they want to look, the default view is the front camera.

Second, the very wide angle view means that everything looks faster. So although I’m walking around the store at a normal speed, it kind of looks like I’m jogging around at great speed! So unless speed is a desired effect (which it will be for my next test of the camera), you really want to slow down.

However, if there’s anything you particularly want to look at, you can always pause the video and still have control of the viewing angle. The video is 5.7K, but with 360-degree video the effective resolution is still rather low.

Anyway, enough with the words, here’s the video. Drag with your finger/mouse to look around. Alternatively, on an iPhone or iPad, you can turn the device instead. Start by panning 180 degrees to look forward rather than backward as we enter the store (doh!).