Photos provided by an AppleInsider reader on Monday shows the Apple Store in Downtown Brooklyn closed and in the process of being covered by large boards, likely for interior renovations.

According to a tip by reader Michael Slater, the Downtown Brooklyn store is closed. The windows on the store's glass exterior have also been partially blocked off.

The pictures provided by Slater depicted an emptied-out Apple Store with the lights turned off, and various white-colored materials obscuring the interior of the store from the public. 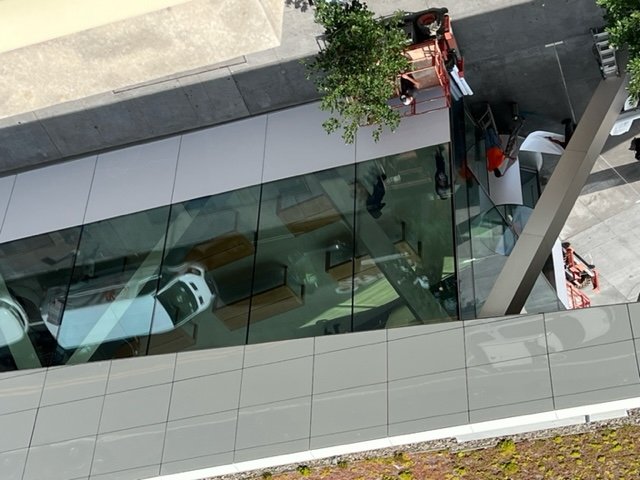 On Apple's website, the store is listed as "temporarily closed" for the week. It's not clear when the store will reopen, and as of yet, Apple has not responded to our queries about it.

These measures, along with the official description provided by Apple as to the status of the downtown Brooklyn location, suggested that the store is currently undergoing renovation work. Also not clear is if the cement trucks surrounding the building are for work on the store or not.

This news came just hours after the news of the official unveiling of the "prestigious" new London Apple Store, which is set to welcome its first visitors on July 28.