You knew it was coming. We couldn’t just sit by when the hottest watch face of all the land came exclusively to Apple’s Hermès line of watches.

That’s why I braved the line, at a UPS customer center no less, to pick up my Apple Watch Series 8 Hermès and give you all a hands-on look at its Lucky Horse watch face.

Alongside the new Series 8 watch, Apple announced a new watch face for the Hermès line called “Lucky Horse.” The face is meant to pay homage to the fashion brand’s equestrian roots.

The design is simple, with a horse’s head taking up the watch screen’s central focus and a well-placed apple and horse show in the bottom left portion. Yes, I tried feeding the horse the apple, but it did not work. Such a missed opportunity.

Also, the Lucky Horse watch face does offer two spots in the upper corners for complications. By default, they are your activity rings and weather. 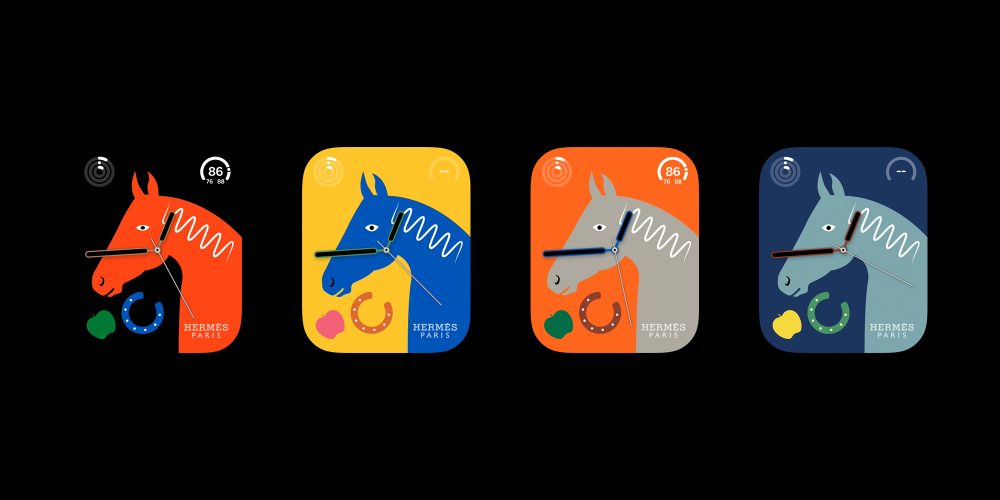 The Hermès Lucky Horse watch face brings quite a bit of character to the Apple Watch. Turns out, the horse moves! Not a lot, but enough. The most you’ll see is the mouth, ears, and nostrils move a little bit every so often.

I’ll be honest, I screamed in enjoyment when I saw it the first time. Not because I love horses that much but because I’m a child at heart and easily entertained. My favorite part is you can tap on the horse and it blinks its eye.

The horse also closes its eye when the watch goes into always-on mode. How clever is that?! 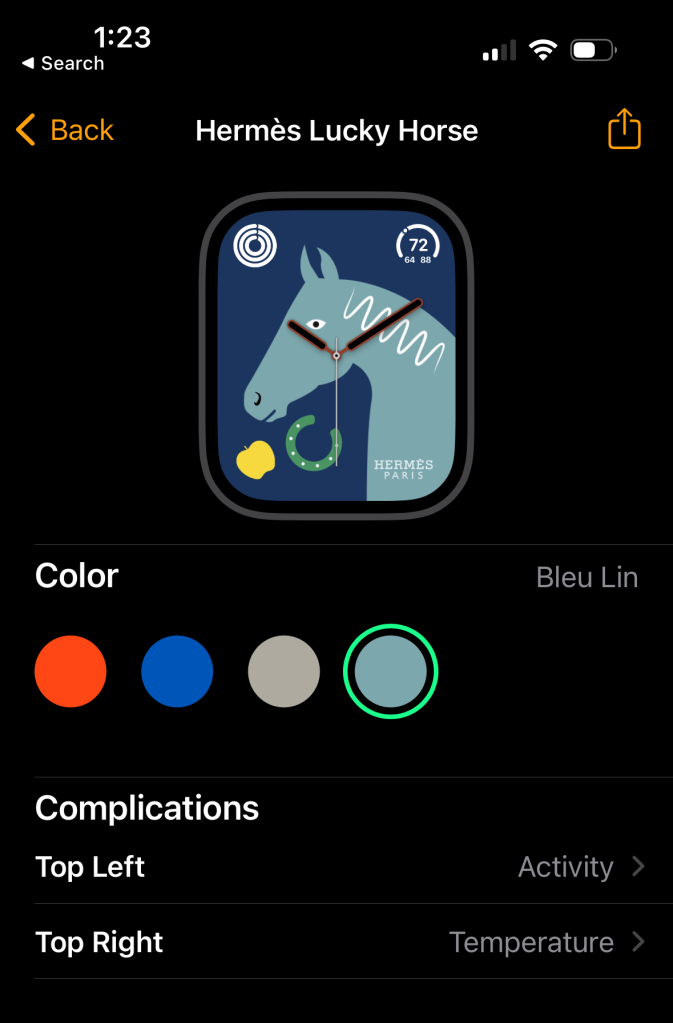 There is something about this face that just makes me, and I think many of you, fall in love with it. It brings unique color options and personality to the Apple Watch.

It could serve as a conversation starter as you bet the ponies at the Kentucky Derby or whatever the Hermès intended market does in their free time.

I’m sure most of my conversations will be about how much I spent on this watch just to see a horse wink at me.