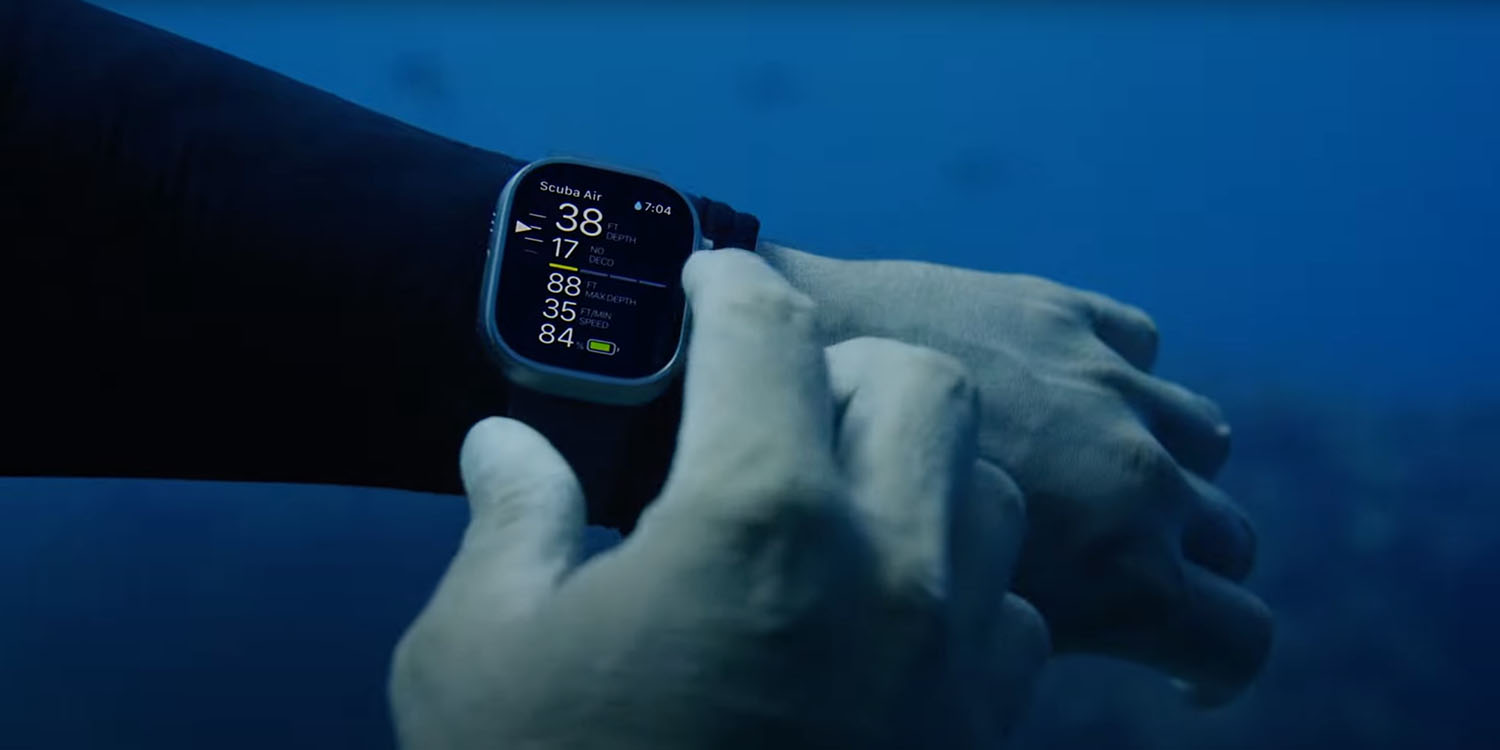 The Apple Watch Ultra will be released this Friday. With the most important Apple Watch upgrade since the original 2015 version, there’s a lot to talk about this smartwatch, which is now focused on extreme sports. With a larger battery and better sensors, here’s what reviewers are saying about this $800 wearable.

For The Verge, the battery life is impressive as they put into test in real-life examples highlighted below without low-power mode on:

This past weekend, I charged the Ultra to 100 percent. I then hiked for two hours and 15 minutes, used the compass and GPS extensively, and tracked my sleep that night. I woke up the next morning with 50 percent battery left.  Another day, I went for a 30-minute GPS run and did another 20-minute rowing workout. I also took a short call on the watch and ended the day with 84 percent battery.  Nilay, our editor-in-chief, managed to get 56 hours on a single charge and still had 14 percent left. He was mostly staying at home, so he wasn’t using cellular data or GPS. Still, that should give you an idea of what you’d get if you need a few rest days or aren’t interested in the Ultra’s fitness features.

CNBC, for example, highlights that this Apple Watch is worth it for “serious athletes, but an unncessary splurge for the rest” of users. The reviewer complaint about the Apple Watch Ultra size, which looks and feels too big on people with small wrists:

The 49mm titanium watch face looks ridiculously large on my wrist. I realize the big size is the tradeoff for a longer-lasting battery, but the Ultra just doesn’t feel like it was created for a woman’s wrist. (…) I don’t use my current Apple Watch Series 7 to track my sleep because it’s uncomfortable and because the battery only lasts 18 hours max. The Ultra has the right amount of battery life to use as a sleep tracker, but it’s far too bulky to wear to bed.

Men’sHealth publication give us a nice look at some of the new bands. In addition, the reviewer gives us a tidbit about other Apple Watch bands being compatible with the Ultra model:

Apple made three new bands specifically for Ultra: the Alpine Loop, the Ocean Band, and the Trail Loop. I was able to try out the former two during my wear test. The Alpine Loop is one piece made out of a tough nylon with a slight stretch, with a “G-hook’ that slides into loops of fabric to adjust the fit. The Ocean Band is a more traditional two-piece band, made of “high performance elastomer” and molded with tiny tubes throughout the band for extra flexibility underwater and a titanium buckle and loop to adjust the fit. The Ocean Band was comfortable enough to wear during non-aquatic activities, but I preferred the Alpine Loop—it had just the right amount of stretch so that I could make the Ultra sit right on my wrist without being too tight.