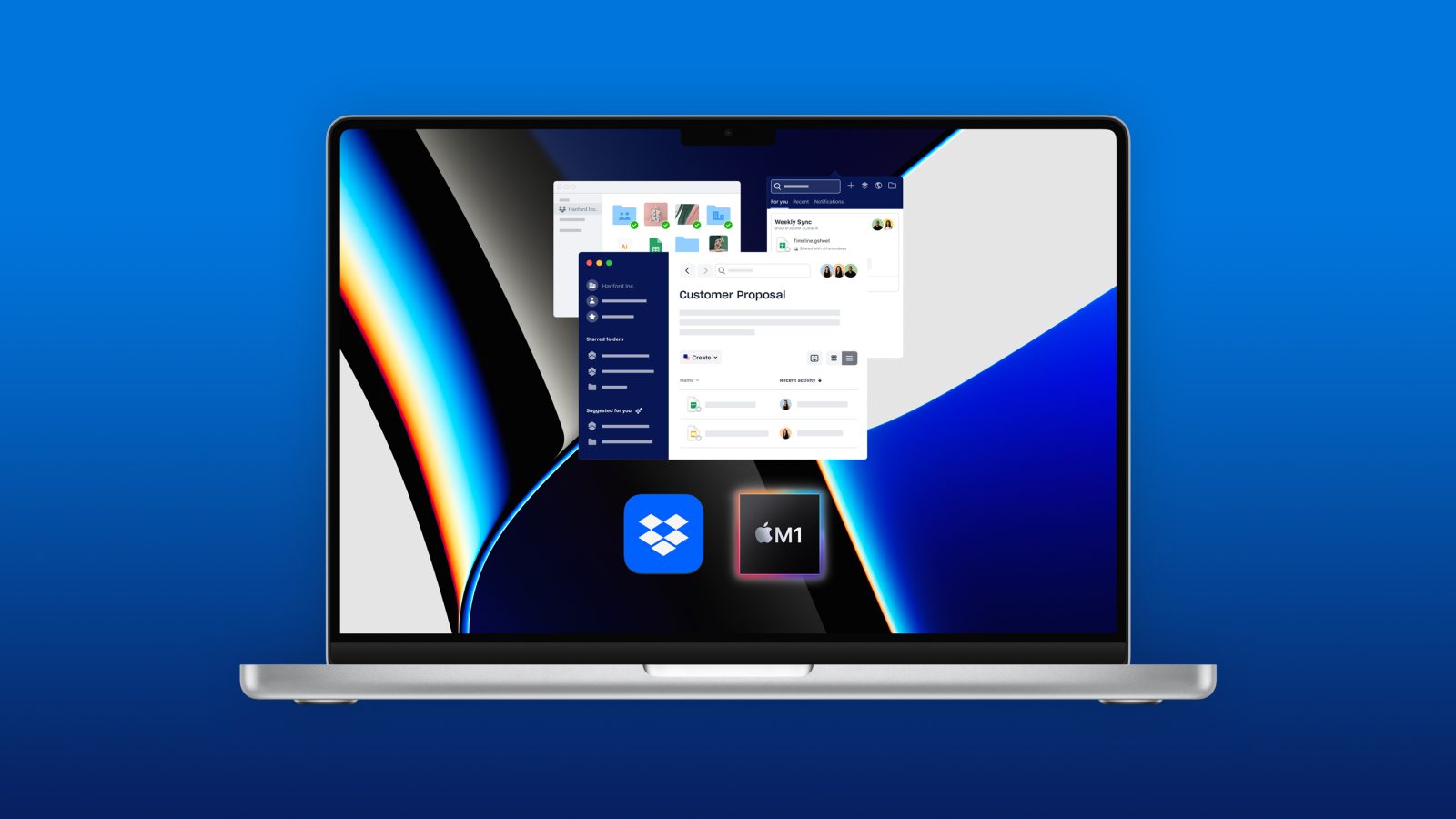 Dropbox was widely criticized by Mac users last year as the company was yet to update its macOS app with native support for the Apple Silicon platform. Luckily, the company has finally released an update for the app that brings full support for the M1 chip.

As noted by a Dropbox user, the latest beta version of the Dropbox app for macOS runs natively on the Apple Silicon platform. Once you download the new installer, it comes with the identifier “arm64,” which means that it is compatible with the ARM architecture of the M1, M1 Pro, and M1 Max chips.

Finally!! Just tried it with my MacBook Pro 16″ M1 Pro and can confirm that Dropbox now runs as Apple Silicon version.

For some unknown reason, Dropbox took more than a year to confirm that it was working on a version of its app compatible with the M1 chip. However, the company did say when this version would be released to users, who still have to run the app through Rosetta – which translates Intel apps to ARM, but with some performance loss.

Having an app running natively on Apple Silicon means that it can take full advantage of the M1 chip and its variants. As a result, the software runs faster and also consumes less power, which is great for MacBook users when using their laptop unplugged.

Although the main version of Dropbox for Mac is yet to be updated with Apple Silicon support, users can now download Dropbox Beta (version 140.3.1903) compatible with M1.