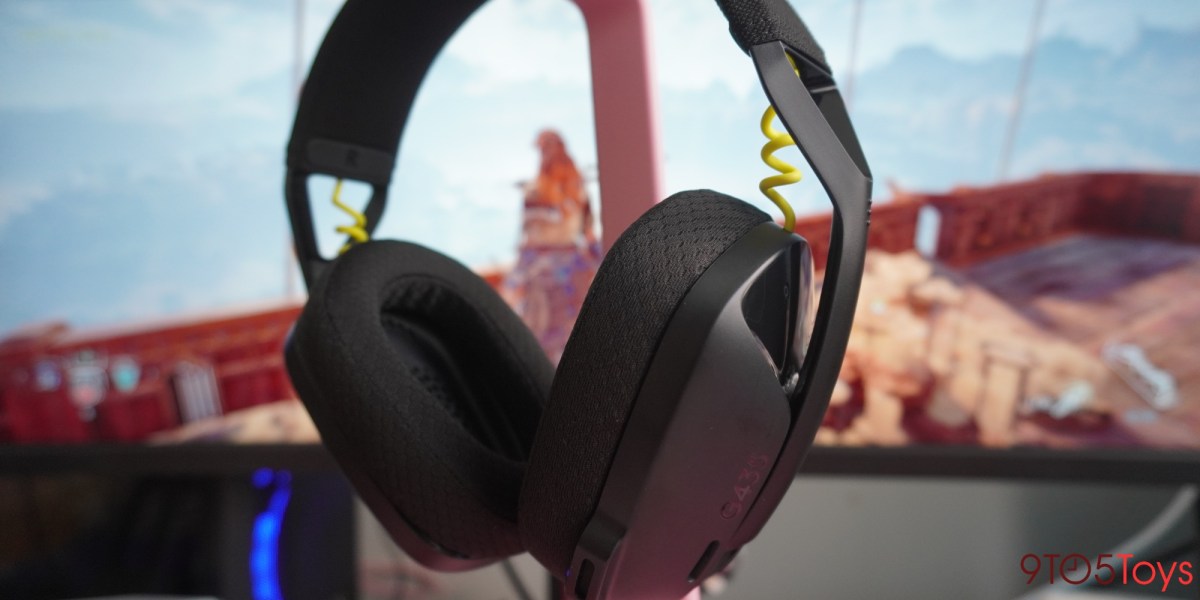 Today, Logitech is expanding its roster of LIGHTSPEED gaming accessories with its latest wireless headset. Arriving as its latest offering to date, the all-new Logitech G435 enters with all of the gaming prowess you’d expect from the brand alongside a cord-free design and pretty compelling price point. Head below as we take a hands-on look at the new Logitech G435 Headset.

As the latest addition to Logitech’s stable of LIGHTSPEED gaming accessories, the new G435 arrives with the ability to pair to a variety of devices. Just as capable for your standard desktop PC gaming as it is for kicking back on the couch with a PS5, the brand’s latest headset brings its robust list of features to console and Steam players alike.

And oh, are they packed with functionality. Pairing over either Bluetooth or the 2.4GHz USB adapter, you’ll have a choice between lower-latency connectivity over the dedicated dongle alongside more convenient pairing right to your gaming device.

Though the most notable feature this time around is just how lightweight the new Logitech G435 LIGHTSPEED Gaming Headset is. Clocking in at a mere 165 grams, these are about as non-existent of headphones as you’ll find. At least when it comes to wearing them, as the mesh band and overall build deliver an experience that can really only be described as downright comfortable. But more on the actual experience in a moment.

Despite being as weightless as they are, the Logitech G435 LIGHTSPEED still packs plenty of other inclusions for a gaming headset. A pair of 40mm drivers are front and center, with some playback controls built into the one side. And while you will find the ability to chat with teammates, there’s no boom microphone like you’d normally expect from. Instead, Logitech has employed dual beamforming microphones up in the cups to pick up your voice. In practice, it helps achieve that lightweight design but does have some trade-offs in the audio quality department.

Now available for pre-order direct from Logitech, the new G435 LIGHTSPEED gaming headset arrives with a $79.99 price tag. You’ll be able to choose between three different styles, including Off White and Lilac, Blue and Raspberry, and Black and Neon Yellow. Shipping is slated for later this month.

I’ve been using the G435 LIGHTSPEED Gaming Headset over the past week or so prior to today’s launch and have to say that the folks at Logitech have certainly done it again. This is, by no means, a comprehensive hands-on look — there are a few key points that are certainly worth sharing after my time so far.

With as lightweight as the new headset is, that has to be my starting point. I was already impressed in the past with the Superlight gaming mouse from last year, but Logitech is absolutely flooring that with its new G435. And it actually makes a big difference. Extended gaming sessions haven’t been an issue, and for the first time for a pair of gaming headphones, I’ve honestly forgotten I was wearing them in the first place. They’re really that lightweight.

Otherwise, the overall experience is pretty much what you’d expect from a modern headset. Battery life was rock solid, and the USB-C connectivity is a must. The only real downside here is the lack of a boom microphone, which does drop your in-game communication down a notch. It sounds alright but isn’t anywhere near as crisp as a mic that hovers right next to your mouth.

All-in-all, I’m loving the Logitech G435 LIGHTSPEED Gaming Headset and can easily recommend it. It’s pretty convenient to be able to use on my PS5, as well as a PC, and the lightweight design really can’t be overstated.

Belkin MagSafe chargers, and car mounts, and more on sale at Amazon from $25