As Mastodon continues to gain traction, Tapbots has officially released the first version of its highly-anticipated “Ivory” client on the App Store. Ivory will be familiar to long-time Tweetbot users, but with a number of features and enhancements specific to the Mastodon experience.

Head below for an in-depth look at what Ivory has to offer, as well as what’s still to come… and download it on the App Store now.

Ivory’s design will be familiar to long-time Tweetbot users. The bottom navigation bar offers quick access to your Home feed and your mentions. The next three slots are customizable and can be set to show all of your notifications, search, lists, your favorites, your bookmarks, your overall activity stats, your filters, or a quick link to your Mastodon profile.

From the main Home feed view, you’ll see a familiar timeline of all the posts from Mastodon accounts you follow. You can easily interact with those posts directly from the Home feed using quick action buttons right below each post, or by swiping left or right on the post. Swiping right reveals the ability to quickly favorite or respond to a post while swiping right will take you to the post’s “Detail” view.

You can quickly compose your own Mastodon post using the trumpet icon in the bottom-right corner. You can also search within the timeline just by tapping the search icon in the upper-right corner. 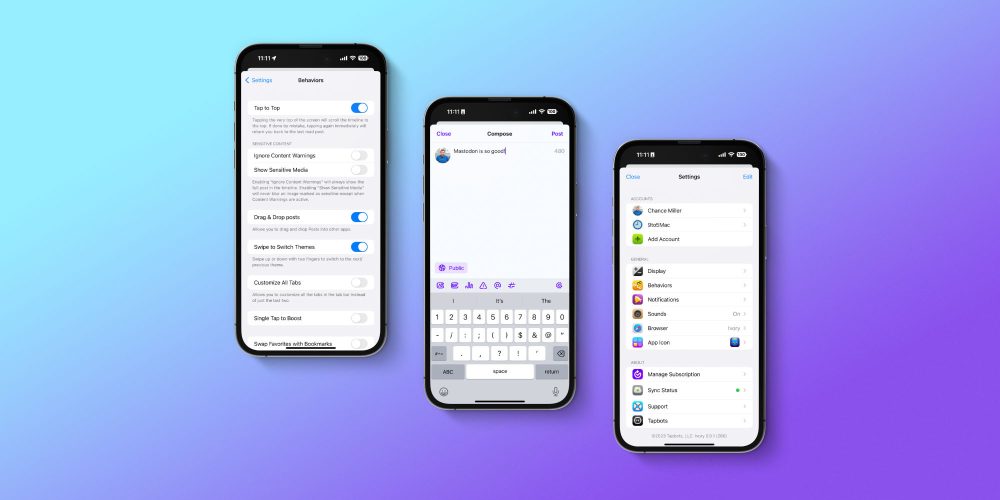 Jumping into the “Settings” interface for Ivory reveals a handful of customization options, as well as the ability to add additional Mastodon accounts.

Customization options include the ability to adjust the font style, the text size, and various different aspects of the interface. For instance, you can change the size of the aforementioned action buttons, or even remove them altogether. You can also change the accent colors, adjust media thumbnail preview sizes, and more.

You can also customize the behavior of swiping on posts in the timeline, dragging and dropping posts, customizing tabs at the bottom, and more. There are also settings that are unique to Mastodon itself, such as managing Mastodon’s “Sensitive Content” settings.

Ivory is a very impressive first version of Tapbots’ client for Mastodon. Again, there are obvious similarities to Tweetbot, but with changes and features designed to take full advantage of the benefits offered by Mastodon. For example, Mastodon gives third-party developers access to polls, so you can vote on Mastodon polls (something that was never offered by the Twitter API for third-party developers).

Ivory also works seamlessly across your multiple devices. There’s timeline syncing, so your timeline position is synced between Ivory on your iPhone and iPad. This also applies to any custom filters you may have created.

One thing important to keep in mind is that this is the first version of Ivory. Tapbots expedited its plans to publicly release Ivory in light of Elon Musk’s decision to cowardly cut off third-party Twitter apps like Tweetbot. That being said, Ivory has been impressively stable and reliable in my testing of the app over the past month. 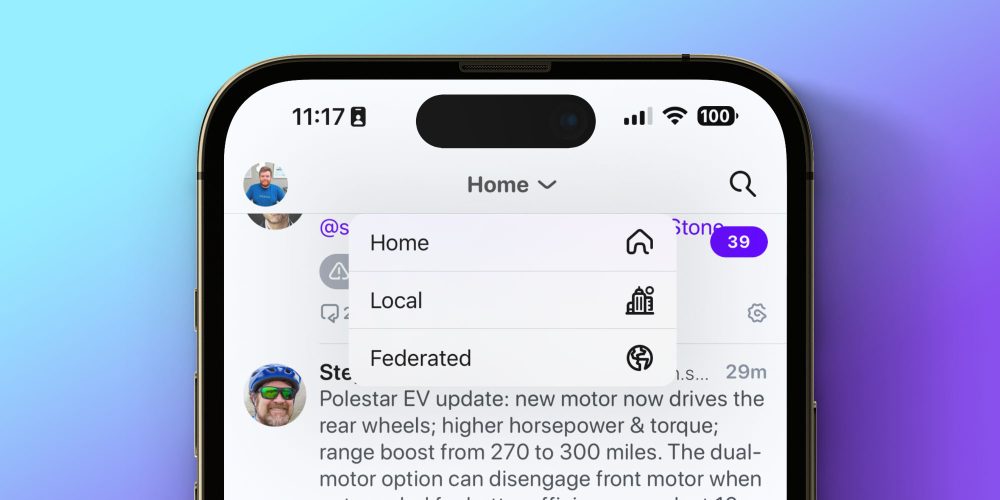 Ivory for Mastodon is available to download now on the App Store. You can download the app for free and access a fully-functional demo to check things. To unlock the full Ivory experience, subscription options include $1.99 per month or $14.99 per year. There’s also a “Premier Subscriber” tier that includes the same features as the Basic tier, but exists as a way to further support Tapbots.

Tapbots has a rundown of features coming to Ivory in the future on its website, providing a clear roadmap of its goals over the coming months. The company is also preparing a Mac version of Ivory, but that’s still pretty early in development at this point.

If you’ve been considering joining Mastodon, today’s launch of Ivory is a great way to make the jump, especially if you were a Tweetbot user before its shutdown.