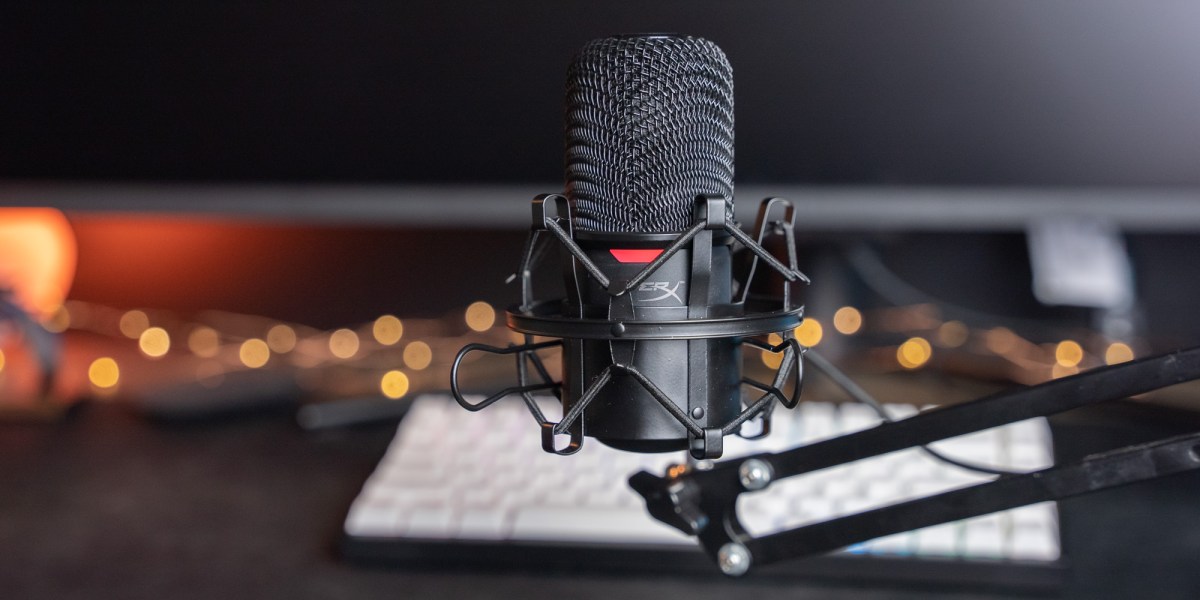 I’m a fan of the HyperX SoloCast – I’ve used it in many of my review videos to record my voice. It’s small, simple, sounds great, and it is affordable. My only complaints in my dedicated review were around the stand and impact noise transferring from the desk. Luckily, there are some simple upgrades you get to make the HyperX SoloCast sound better for creators, streamers, podcasters, and those who are working from home.

Why do I love the HyperX Solocast?

If you go back in my video reviews, the most common mic you’ll see being used is probably the HyperX SoloCast. I love the sound it produces, the small size, and the simple feature set that is exactly what I need – the capacitive tap to mute button on top of the mic is great for both gaming with my friends and when I’m in video calls. And even though its MSRP is $60, it’s often on sale for much less. At the time of writing this, you can pick it up from Amazon for $40.

Another great small mic in this price point is the Razer Seiren Mini, which can also be picked up currently for $40. For me, though, the tap to mute feature on the SoloCast sets it above the Seiren Mini.

My only complaint is the stock stand that it comes with. It’s small and discrete, but it’s short and it doesn’t offer much for repositioning the microphone. It also picks up and transfers desk impacts through to the microphone and into recordings, so to get better positioning and to help reduce impact noise, there are two universal upgrades we can make. A boom arm and a shock mount.

How to make the HyperX SoloCast sound better: Video

I would recommend a boom arm for pretty much any USB microphone. There are more robust and expensive boom arms like the RODE PSA 1, which comes in at $110, but personally, I’ve been using a much more affordable alternative.

I did a review on this cheap boom arm from Amazon over two years ago, and it’s still going strong. At $22, it’s much more affordable than the Rode and does everything I need it to. It’s not packed with features, and the built quality might leave a little to be desired, but it works very well for what it is and has been able to hold any mic I’ve thrown at it – even the Samson Q9U.

Adding a boom arm helps to get the SoloCast in a better position, but it can still pick up desk impacts if the clamp is hard-mounted to the same desk. Another handy tool to help mitigate this is a universal shock mount. The HyperX SoloCast has about a 50mm diameter. Searching for a universal 50mm shock mount on Amazon gave a few options that had adjustable mounts to fit a few different sizes around 50mm.

This is the exact one I found on Amazon on sale for $13, down from the usual $30, and it fits the SoloCast perfectly. This one is expandable with two metal clips and the SoloCast can easily slide down into the mount. When installed, the shock mount seemed to remove almost all impact sounds from my desk making it a much more pleasant experience. I could move items around my desk and type on my keyboard without worrying about loud booming impacts overwhelming my audio.

The mount also comes with a handy pop filter that attaches with some rubber straps around the microphone. This helped some, but it didn’t completely remove plosive sounds if I really got up close on the microphone.

With current pricing and deals, you’re looking at $75 in total for the mic, boom arm, and shock mount. If the items aren’t on sale, that puts the total price up to $112, which puts it in range of the QuadCast line-up. These mics already have built-in shock mounts with some other handy features like adjustable polar patterns. But if budget is a consideration, I would still recommend starting with the mic, especially when you can catch it on sale for just $40, and then adding accessories as needed to make the HyperX SoloCast sound better.

Get 1-year of easy password management with LastPass Premium for $25 (Reg. $36)