A redesigned iMac with Apple Silicon is on the way, here’s what you need to know

The Apple Silicon transition is underway and Apple is rumored to have multiple new Macs in the pipeline for 2021. This includes new 14-inch and 16-inch MacBook Pro models as well as a redesign for the iMac. These new machines will represent the next wave of Apple Silicon-powered Macs, coming after last year’s release of a new MacBook Pro, MacBook Air, and Mac mini.

The redesigned iMac is expected to be a major overhaul, and it comes after nearly a decade of stagnation. Read on for everything you need to about the resdesign…

That means there were three years between when Apple introduced the white plastic iMac G5 and the aluminum iMac in 2007 – a pretty quick turnaround time for a major redesign of a Mac. That mid-2007 iMac, however, was only a stepping stone. Despite featuring an aluminum front-face, it still featured a back casing made of black plastic, which was a stark difference from the sleek aluminum front. 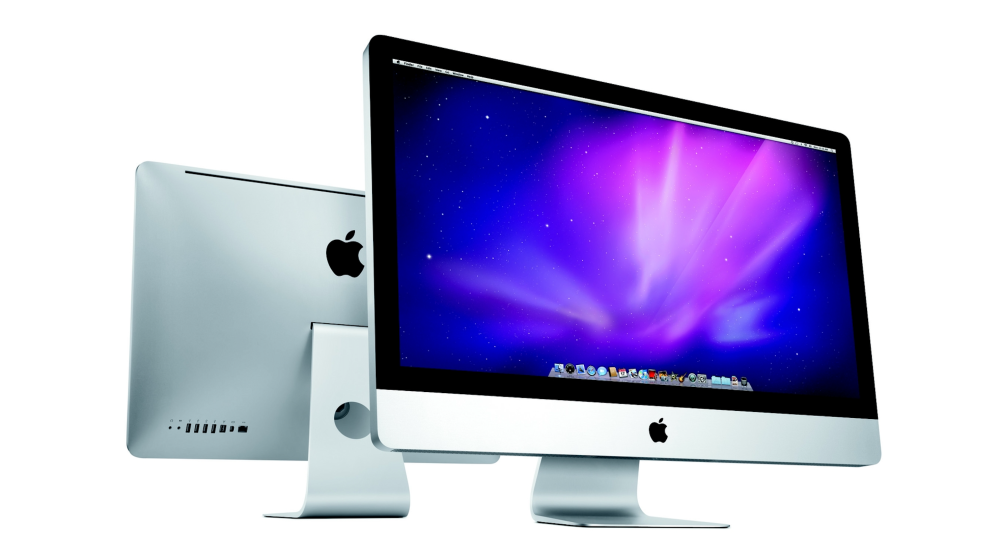 In 2009, Apple overhauled its iMac lineup with aluminum unibody design in 21.5-inch and 27-inch variants – introducing the two screen sizes that are still in use today. This design has ended up shaping the future of the iMac, with Apple focusing on iterating it rather than completely redesigning.

In October of 2012 Apple redesigned the iMac with an ultra-slim side profile and removed the SuperDrive. While the thinnest point measures 5mm, there’s still an unsightly bulge in the back to accommodate the iMac’s internals and cooling system. In 2015, the iMac was upgraded with a Retina display.

Through these changes, the overall appearance of the iMac has stayed the same: an aluminum build with black bezels and an aluminum chin. The last significant update to the iMac was the introduction of the unibody aluminum design in 2009, but even that changeover actually started in 2008. 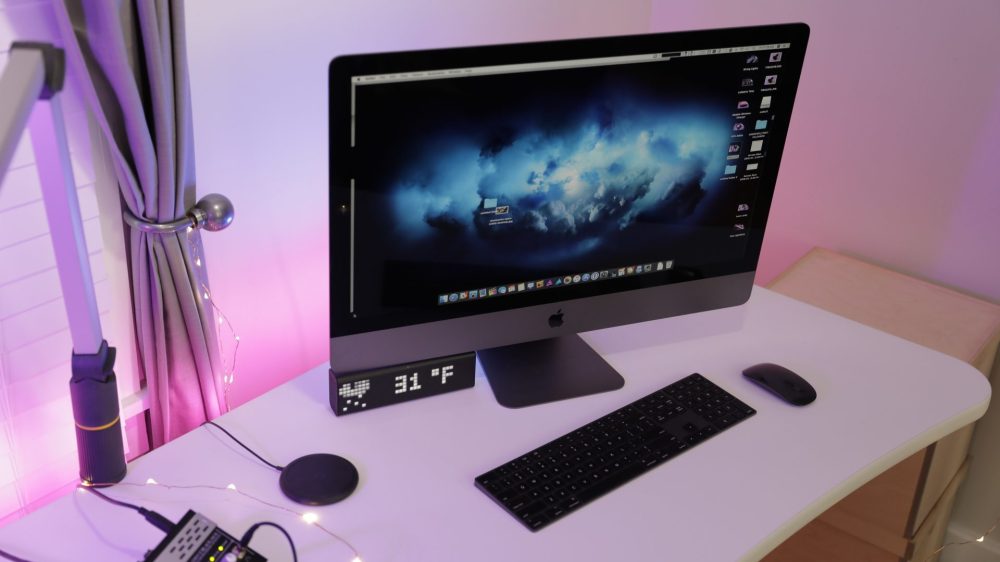 At the time in 2012, Apple making the side profile of the iMac ultra-slim was certainly a sleek look, and hyped as a major redesign. In real-world use, however, that change has been far less notable, especially with the head-on appearance of the iMac remaining unchanged for so long.

Currently, we’re in the biggest design lull of the iMac’s history, with it having been nine years since the introduction of the 21-inch and 27-inch unibody aluminum design in 2012. That’s not to say the iMac is necessarily dated – it’s received semi-regular spec updates, including most recently last August, but the design is certainly starting to show its age. And can Apple continue to charge a premium on a design that is effectively 10 years old?

So when might Apple finally redesign the iMac? All reporting points to 2021.

Apple impressed with last year’s release of the M1 chip, which is what currently powers the latest MacBook Air, 13-inch MacBook Pro, and Mac mini. Apple’s work isn’t done, and it will continue to transition its Mac lineup to Apple Silicon in 2021, including the iMac.

Details are spare about what sort of performance we can expect from the new iMac, but we expect to be impressed. Even the “entry-level” M1-powered Macs are capable of out-performing top-of-the-line iMacs with Intel inside. At least some version of the new iMac will likely feature the next-generation of Apple Silicon processors.

Bloomberg says Apple is working on successors to the M1 with up to 20 CPU cores, made up of 16 high performance and 4-efficiency cores. In 2021, the company is expected to roll out ARM versions of the higher-end MacBook Pro, “both entry-level and high-end iMac desktops”. An ARM Mac Pro is scheduled to follow in 2022.

The current M1 Macs are limited to two Thunderbolt ports and 16GB of RAM. It’s likely that both of these limitations will also be lifted by at least higher-end models of the 2021 iMac. 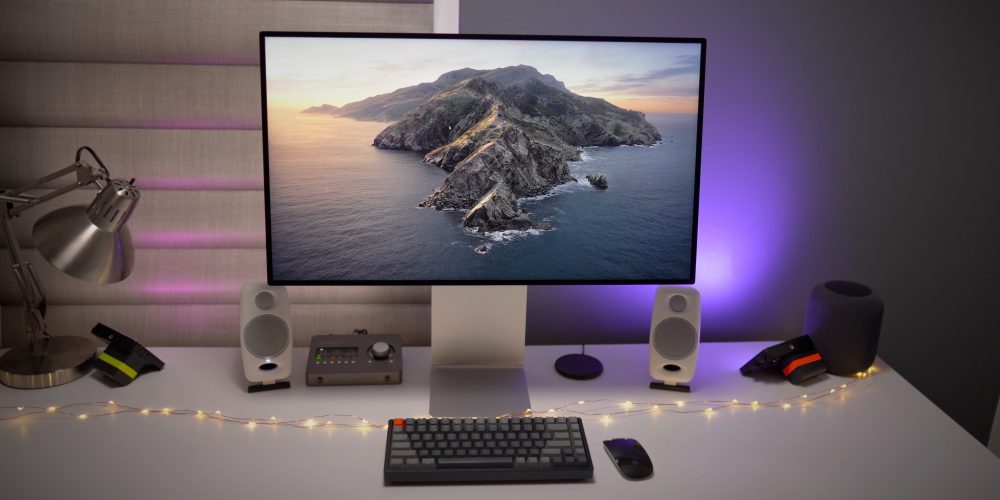 While the Apple Silicon chips inside are sure to impress, the visual overhaul of the 2021 iMac could be even more notable.

Bloomberg’s Mark Gurman reported in January that the redesigned iMac will feature a design that is inspired by the Pro Display XDR. In fact, Gurman wrote that the new iMac “will be one of the biggest visual updates to any Apple product this year.”

Here’s what we expect from the new design

A flat back, replacing the current curved design on the back of the iMac No more chin at the bottom Slimmer bezels around the display “Similar” to the Pro Display XDR

Apple could also make adjustments to the size of the iMac with this year’s redesign. Currently, the iMac is available in two versions: 21.5-inches and 27-inches. If Apple reduces the bezel sizes and removes the bottom “chin” from the current iMac design, it would be able to expand the screen real estate while keeping the overall footprint the same.

Past reports have indicated that Apple is developing a 24-inch iMac, which would theoretically serve as a replacement to the 21.5-inch model. It’s possible that the 27-inch iMac screen could increase to something like 30-inches, but we haven’t yet heard any specific reporting on this. 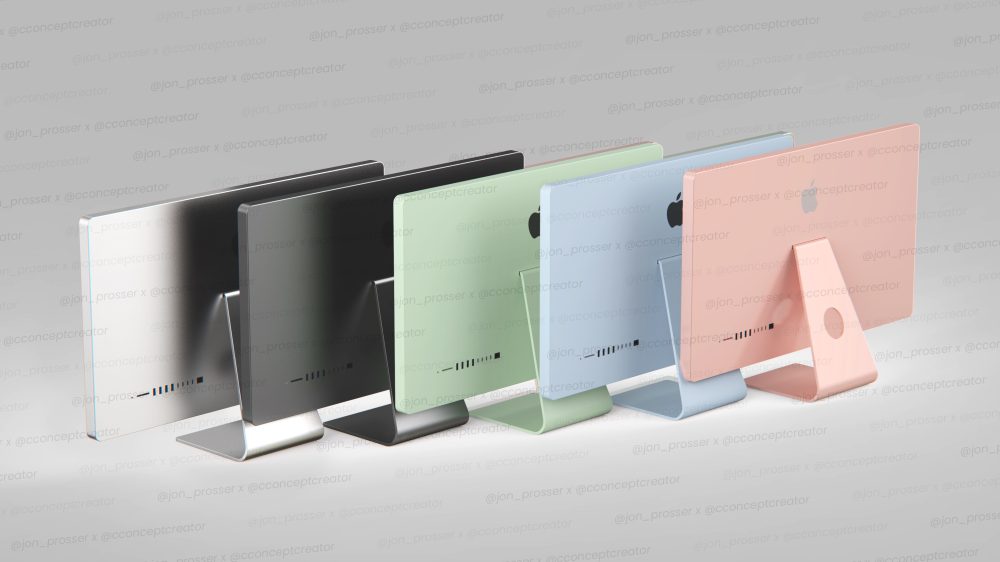 Finally, Jon Prosser has reported that the iMac could be available in multiple colors for the first time in nearly two decades. Prosser claims that the 2021 iMac will be available in space gray, silver, rose gold, green, and sky blue. Whether or not this pans out remains to be seen, but it’s something interesting to consider.

As we’ve written before, 2021 is going to be a big year for the Mac thanks to the continued transition to Apple Silicon, new form factors for the MacBook Pro, and an all-new iMac design. Be sure to check out our full roundup of expectations for the Mac right here.

What are you most excited to see from this year’s redesigned iMac with Apple Silicon inside? Are you planning to upgrade? Let us know down in the comments!

What to expect from the Mac in 2021: Redesigned iMac, all-new MacBook Pro, and much more Everything we know so far about 14-inch and 16-inch MacBook Pro updates with Apple Silicon