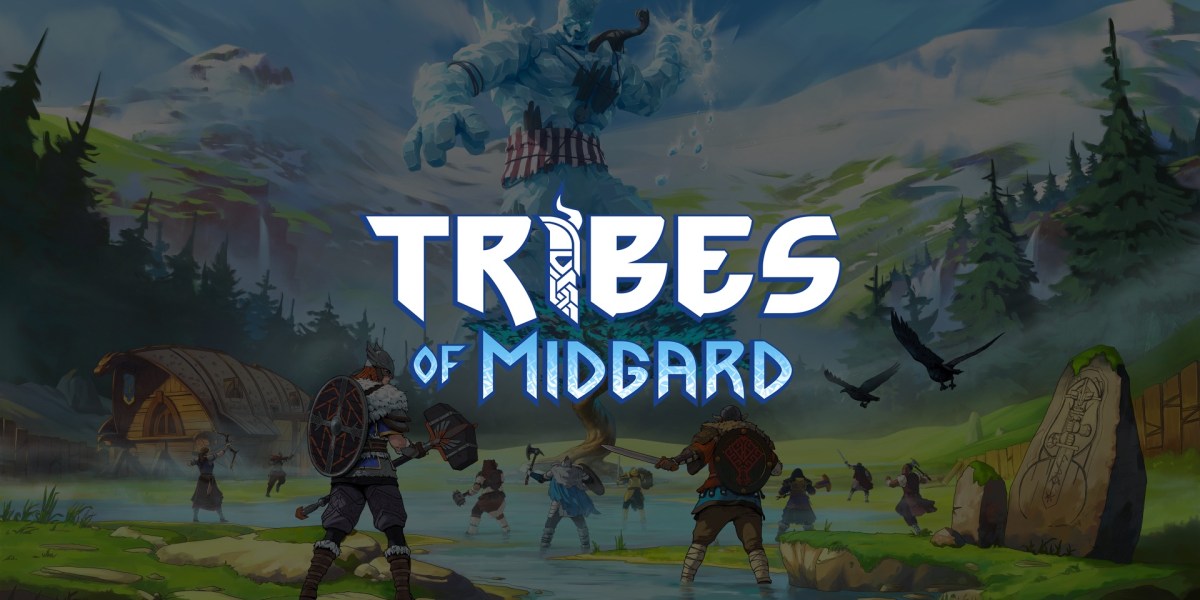 Launched yesterday, Tribes of Midgard lets you have the chance to “become a legendary hero of Norse mythology.” Coming in as a co-op action “surthrival” RPG, Tribes of Midgard is either a solo or team-based game, Tribes of Midgard offers many unique aspects. The world you play in is “bright, colorful, and procedurally generated” that gives players the ability to “endlessly explore its areas” as you aim to “create your own Viking adventure.” How does Tribes of Midgard play, what’s the goal, and how much is it? Well, let’s break it all down below the fold.

Tribes of Midgard is built to be a co-op action “surthrival” RPG, but it’s also made to be a solo game, too. That’s right, the team behind the title built it so you can play along or with friends, and both in-game voice chat and text allow you to easily communicate with people, either in your party or out in the wild.

“We created Tribes of Midgard to offer players both cooperative and solo experiences where they can live their own myths and legends. Stories worthy of being told around the campfire, just like the Vikings,” said Julian Maroda, CEO and creative director at Norsfell. “We can’t wait to hear about the community’s own tall-tales from adventuring in Tribes of Midgard!”

To start with, Saga Mode is where you’ll complete a series of quests with the end goal of unlocking the final Boss battle for Season 1 against Fenrir. There’s only a limited time to beat Fenrir, however, and if you don’t win before Fimbulwinter comes, then the world is likely going to freeze over. Winning doesn’t just prevent Midgard from freezing, but also delivers special rewards and quests to complete.

Heading into Survival mode, you’ll have to keep the Seed of Yggdrasil as long as you possibly can as enemies never stop coming. You’ll set the parameters of the game, including size, difficulty, and more. However, the more challenging you make it, the more XP you earn.

Tribes of Midgard isn’t just another co-op strategy game. You’ll find that there’s full-on RPG progression available, where you’ll have to explore unknown areas to collect resources, craft legendary gear, and build up your character to keep Ragnarök from winning. There are eight different classes and 30 different Rune modifiers so you can build your Viking to be unique from every other one in the game.

Since the planet is procedurally generated, you’ll be able to explore the entire world of Midgard to uncover ancient ruins, find “daunting” dungeons, and face “treacherous” enemy camps without ever playing the same map twice.

Of course, there’s also a building aspect to the game. You’ll be able to create ramps, bridges, and walls to get around this unique world as there are steep cliffs and winding rivers that need crossing.

Save the world of Midgard today on PlayStation and Steam

If Tribes of Midgard sounds like it’s right up your alley, then you’re in luck. It’s already available to purchase for PlayStation 4, PlayStation 5, and Steam so you can start saving Midgard today. Free seasonal updates will come out with additional content to let players “live out the epic sagas of Norse myth and legend.” The base game costs $19.99 and you can upgrade to the deluxe at $29.99.

Newegg gaming flash sale takes up to 50% off monitors, keyboards, and more from $13

Stand up while working with this tall dual monitor desk mount at $24 (New low, 27% off)

COSORI’s glass pour over coffee maker with wood accents drops to $26 + more from $13.50