The Keychron Q5 is the company's newest wired mechanical keyboard, and is a full-sized keyboard in a compact shell that will appeal to not just gamers, but regular users as well.

We've consistently given good ratings to Keychron's keyboards, such as the K3 model and the Q1 model. The Q5 is no exception.

It will appeal to people who enjoy swapping out their keys, as this model doesn't require soldering. It's a wired-only keyboard that works with Mac, iPad, and Windows machines.

This model, like others before it, offers customization of hardware and software, as well as key remapping. The box contains a USB-C to USB-C cable and a USB-A to USB-C adapter, and the tools needed to swap switches and keys.

The keyboard offers a full typing experience in a compact, though not lightweight, design. It's an absolute beast at five pounds (2310g), doubling its utility as a home defense weapon. This is an increase from the Keychron Q3 which weighs 4.41 pounds. The Q5 measures 5.7 inches (145 mm) and is 15.3 inches in length (390.4 mm) in colors Carbon Black, Silver Grey, and Navy Blue.

Like the previous model, the Keychron Q5 was built to support Apple users, although the keyboard does come with a system toggle and an additional set of keycaps for Windows users. Q5 owners can save two layouts on the keyboard, one for each operating system.

The keyboard's metal body is made with 6063 aluminum processed through over 24 manufacturing stages such as polishing, anodizing, CNC milling, sandblasting, and more.

To help reduce typing noise and pings from the metal, the Keychron Q5 contains a layer of case foam as well as sound absorbing foam. The double gasket design uses silicone pads between the top and bottom cases to reduce noise resonance between the layers. 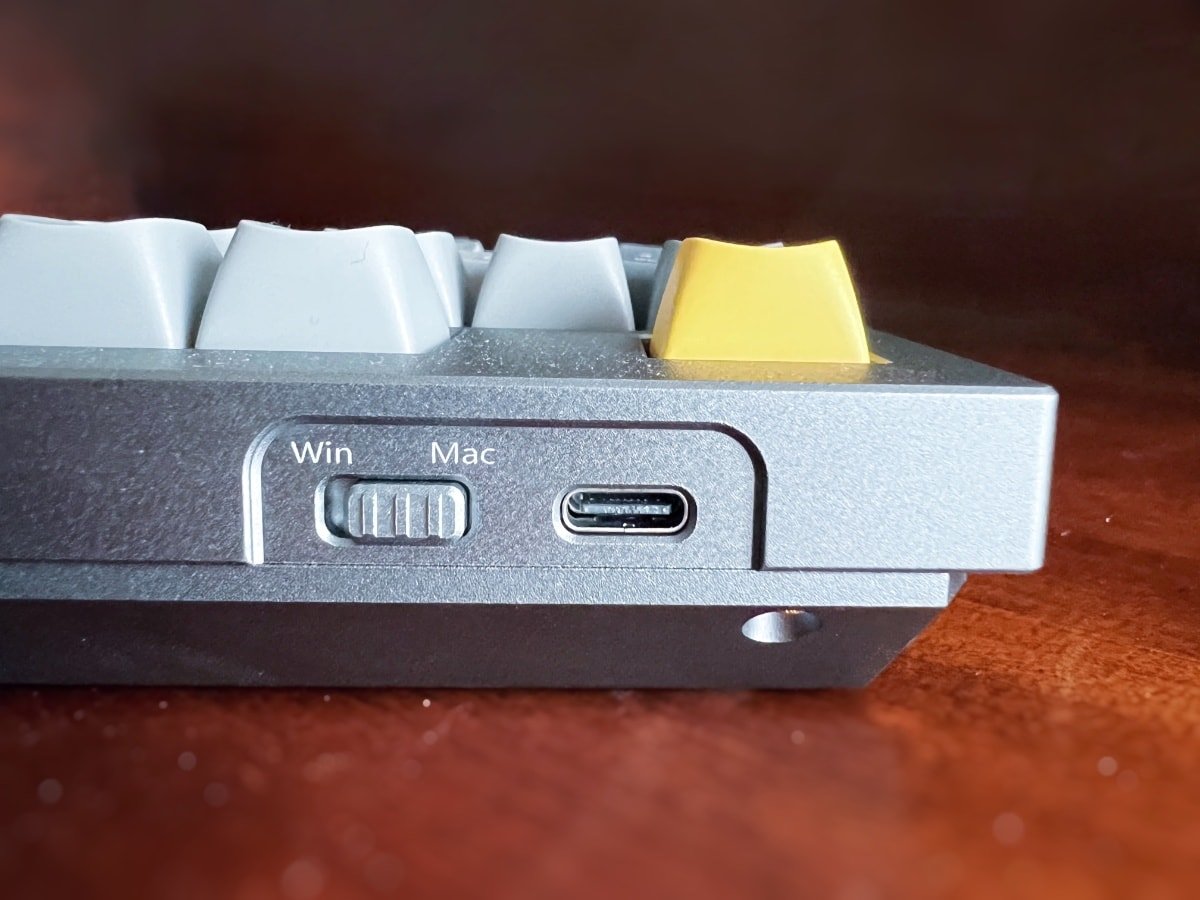 The RGB LED lights used for backlighting are south-facing to illuminate the keyboard better from a typist's angle. The lights don't interfere with installation of third-party OEM or Cherry-profile keycaps. The sharp corners of the top case are also compatible with third-party keycaps.

The screw-in design of the new PCB stabilizers allow for easier upgrades. They are more stable than previous Keychron models, and the Q5 supports third-party stabilizers such as those from Cherry and Durock.

The box has everything needed to get started, such as gaskets, cables, keycaps, and switches. It also includes the tools required to swap them, such as a switch puller, keycap puller, screwdriver, and hex key.

A mechanical keyboard such as the Keychron Q5 is an investment for people who rely on typing every day. Its design and layout of keys makes it a solution for a few audiences.

The Keychron Q5 has an 1800 (96%) layout rather than a full-sized layout. It includes a number pad, arrow keys, and function keys while eliminating a handful of keys such as scroll lock and pause break. This makes it more compact than a full-sized, 100% keyboard.

This layout is a step up from the Keychron Q3 we reviewed in April. Receiving a favorable review, that tenkeyless model is even smaller, lacking the 10-key number pad of the Keychron Q5.

These pre-lubricated switches offer different levels of operating force, travel, behavior, and sound. According to the company's chart, the quiet red switches are great for offices and gamers, the clicky blue switches are suitable for typists, and the gentle brown switches may appeal to gamers and those in midway offices. 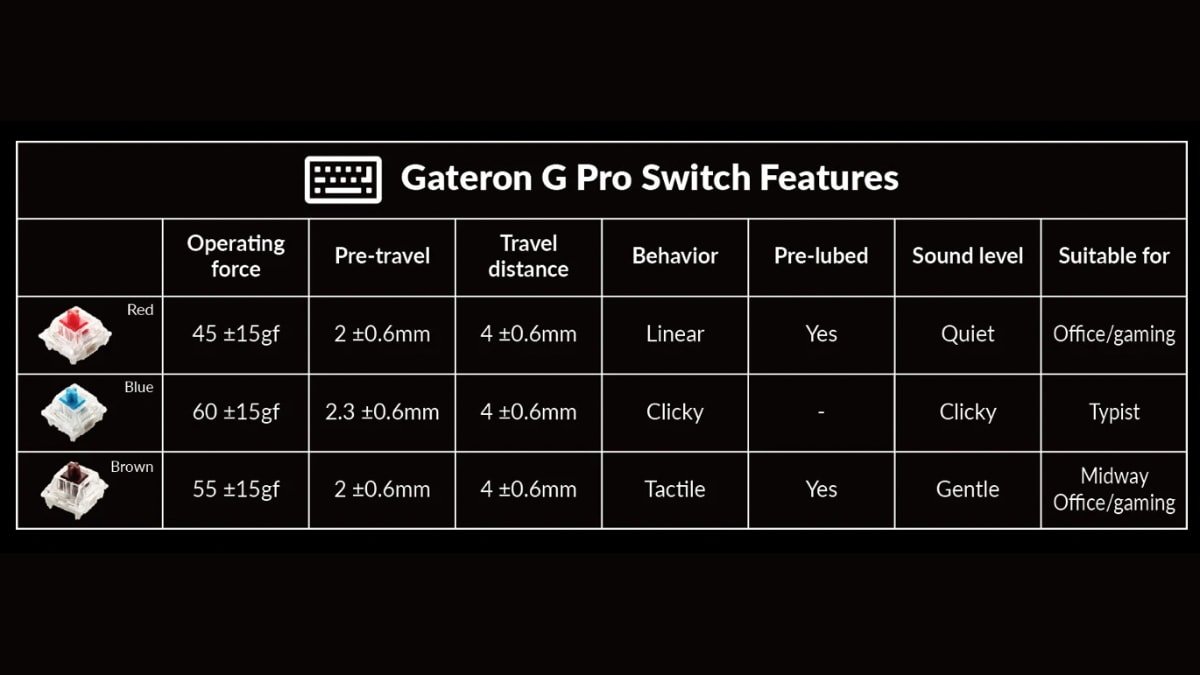 The keyboard came with quiet red switches, which were perfectly fine for me. I wouldn't be able to tell the difference between the three unless I had three keyboards, each with a different type of switch. The switches aren't the only aspect available to customize.

The Q5 is big on software customization, with open-source QMK firmware that allows users to remap keys, which takes place by way of VIA key remapping software. There are many configurations possible to change the keyboard layout, add shortcuts, change the backlighting effects, and configure the knob.

That knob is programmable through the VIA software. It supports key and macro commands such as volume, zoom, adjusting screen brightness or keyboard backlight, selecting on-screen content, and other possibilities.

The knob works on the iPad, controlling the volume by default. In addition, iPadOS supports changing the modifier keys of a keyboard in Settings > General > Keyboard > Hardware Keyboard. Complete key remapping, however, must be done on the Mac. There is no Keychron app available on the App Store, and VIA key remapping software is only available for Windows, macOS, and Linux. 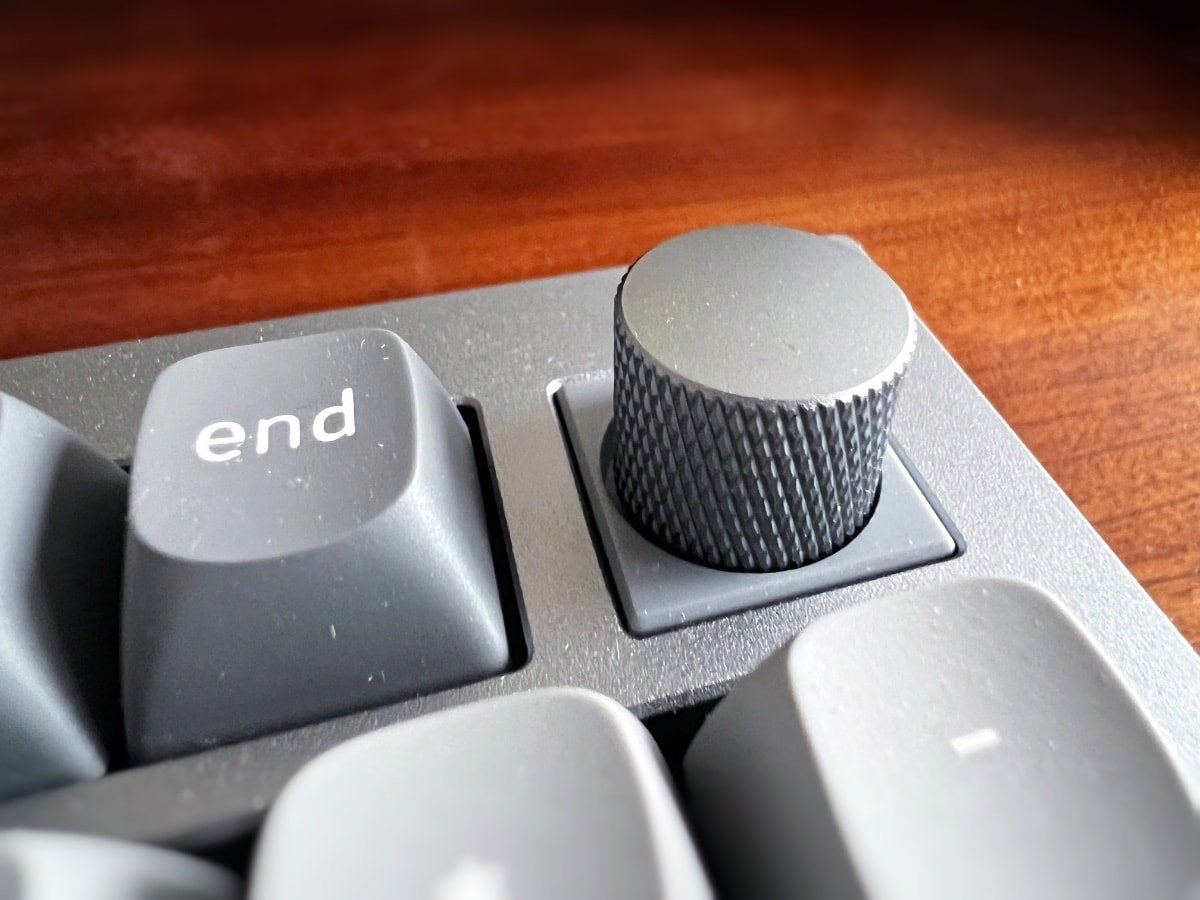 Customization appears in the hardware of the keyboard as well. As noted above, Keychron designed the Q5 to more easily support third-party stabilizers and keycaps.

Overall, I think the typing experience on the Q5 is good. There is some level of adjustment that takes place when going from a non-mechanical keyboard to a mechanical one. There's more travel on the Q5 as opposed to my MacBook Air keyboard, and I found myself hovering my fingers over the keys more.

The Q5 works as expected on the iPad. Unfortunately, the keyboard drains power from the iPad, so using it with a dock that offers multiple USB-C ports is a must. One port can be used for power and another can be assigned to the keyboard.

It's the first mechanical keyboard I've ever used, and although I enjoyed it, it's not a model I recommend for beginners. The size and weight of it make it seem like something to work your way toward.

Bluetooth would be nice for the keyboard, but I can imagine why Keychron didn't include it. The steel case might interfere with the signal, and it would need batteries that might require changing its design.

The Keychron Q5 is great for people looking for an alternative to a full-sized keyboard, as the keys missing in this 96% layout aren't going to matter for most users. It's not a good option for iPad users because there are lighter, cheaper keyboards that match the iPad's portability. 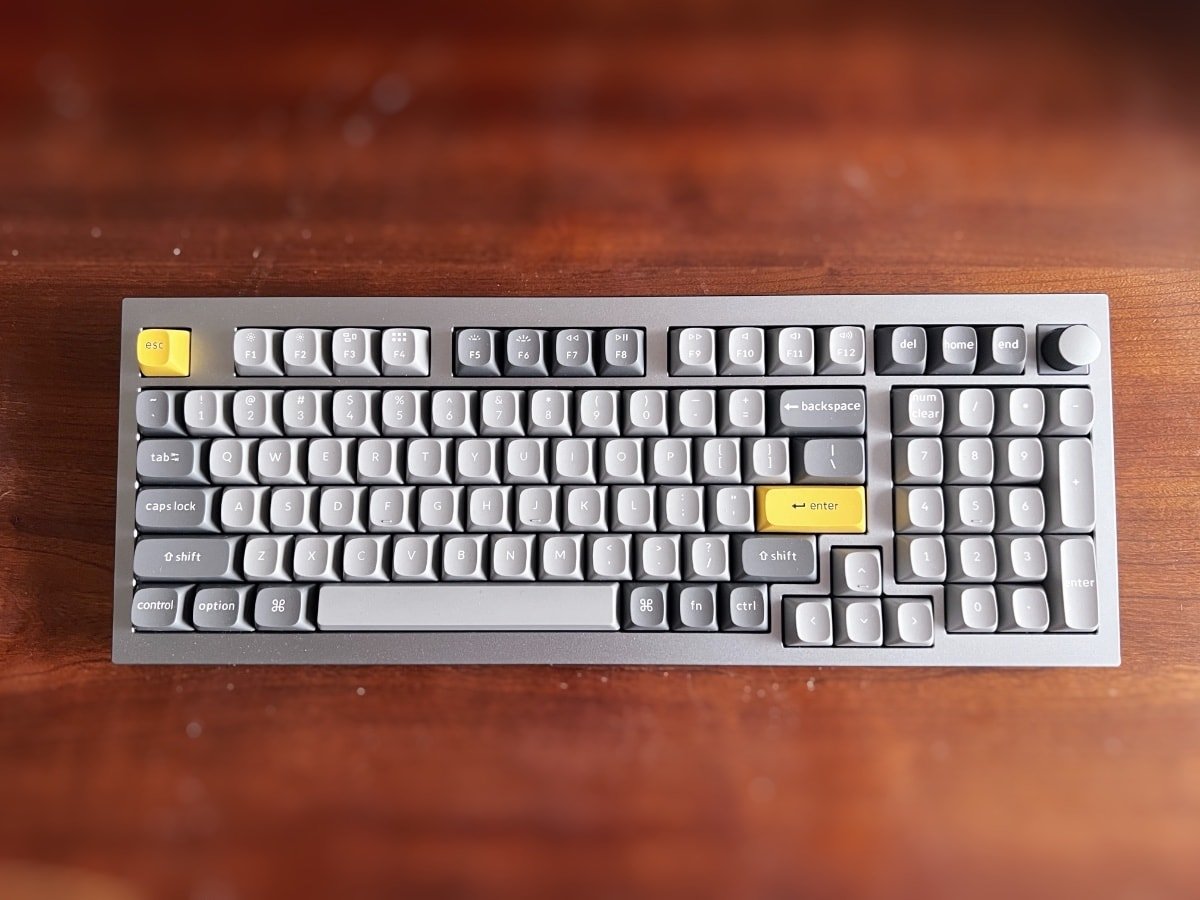 It's meant for desktop users who don't often change their keyboard's position. Gamers are another good audience, as the Keychron Q5 has a polling rate of up to 1,000 Hz to reduce latency.

The Keychron Q5 is available to purchase starting at $165 for the barebones model, and fully-assembled for $185. This model, with the knob, costs $195.