Apple’s MacBook lineup has been overhauled between the new MacBook Pro arriving with M2 Pro and Max chips to start out 2023 and the MacBook Air with M2 chip that launched in 2022. Follow along for our in-depth look at the MacBook Pro vs Air to see what’s new and different between these laptops.

The MacBook Air with M2 chip got a big upgrade in 2022 with an all-new design, larger 13.6-inch display, flat-edged chassis, new midnight color, upgraded webcam, and much more.

And to kick off 2023, the MacBook Pro laptops have been refreshed with M2 Pro and M2 Max chips and more that build on the late 2021 updates that brought a fresh design, mini-LED display, the return of I/O like HDMI, SD card slot, and MagSafe.

For a detailed comparison between the 2023 and 2021 MacBook Pro laptops, we’ve got a dedicated guide on that too:

MacBook Pro comparison: How the new M2 Pro/Max improves over the M1 versions

MacBook Pro vs Air: How do they compare? 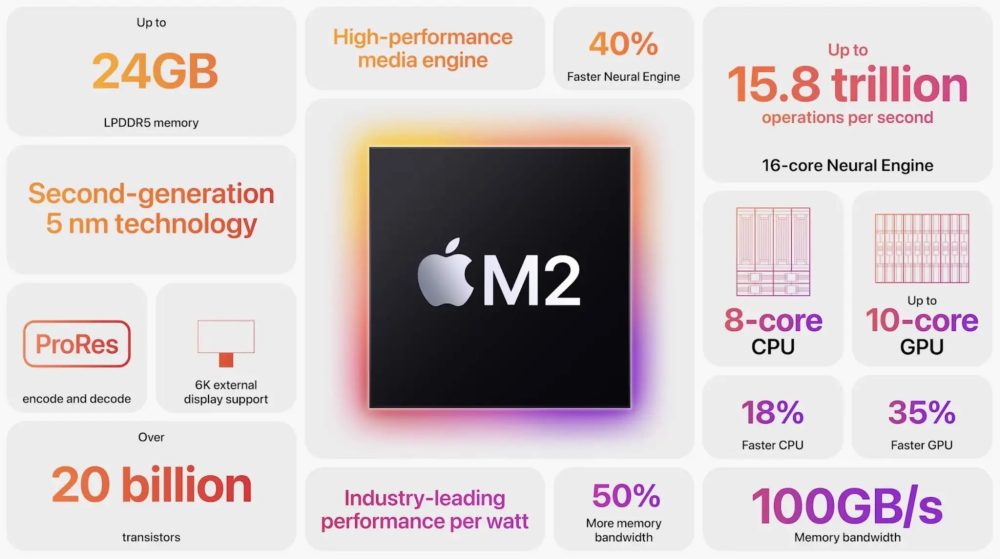 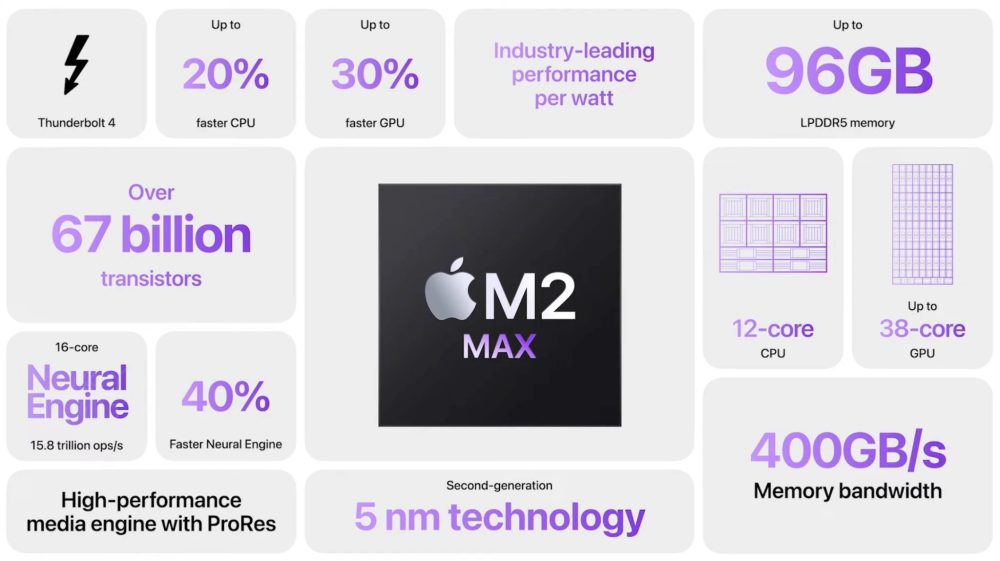 Apple brought up to 18% faster CPU performance and up to 35% faster GPU performance with the M2 compared to the M1. And it has over 20 billion transistors thanks to its second-gen 5 nm chip technology.

Another major difference between the M2 and M2 Max will be the GPU capability.

Apple says the new media engine has “twice the ProRes support to dramatically accelerate media playback and transcoding.” The new M2 Max chip continues to include two video encode engines like Apple did with the M1 Max.

Meanwhile, the MacBook Air with M2 chip and the M2 Pro chip have single encode, decode, and ProRes encode/decode engines.

We’ve even seen the M2 Max outperform the M1 Ultra when it comes to ProRes exports: 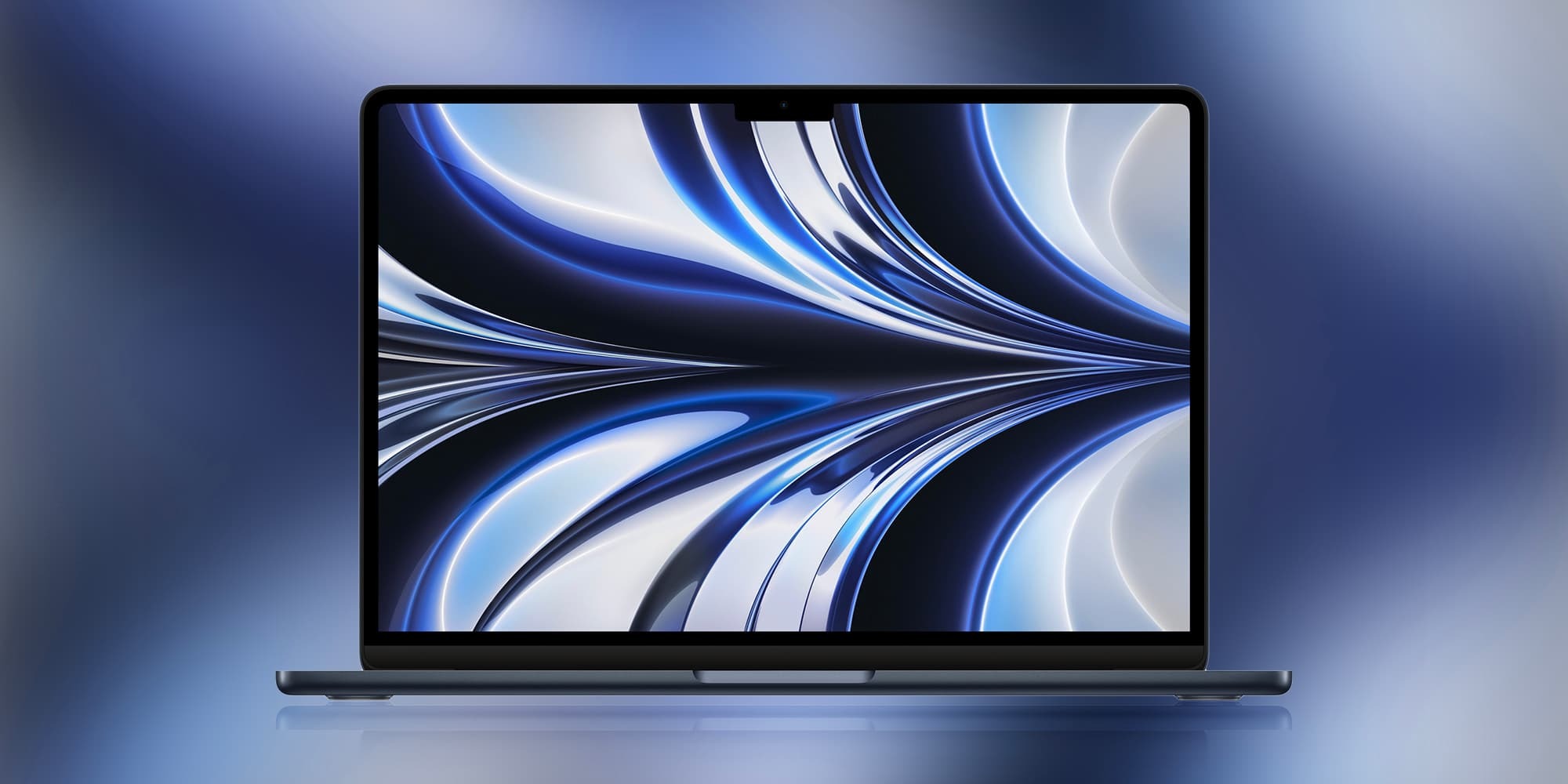 The MacBook Air has the smallest screen by just under half an inch. Of course, the MacBook Pro is available in both 14.2 and 16.2″ versions.

For screen brightness, the MacBook Air has up to 500 nits. which is the same for the MacBook Pro (for SDR content). But that goes up to 1,000 sustained nits brightness (1,600 peak) for HDR content on the MacBook Pro. Other display upgrades over the Air include 120Hz refresh rates with ProMotion, mini-LED backlighting, and a higher pixel density with the Pro.

The MacBook Air and the MacBook Pro include a notch at the top center of the display for the 1080p FaceTime camera. But unlike the iPhone, the notch doesn’t include Face ID hardware/support, even in the 2023 MacBook Pro models.

All of the current MacBooks feature much slimmer bezels than their predecessors. 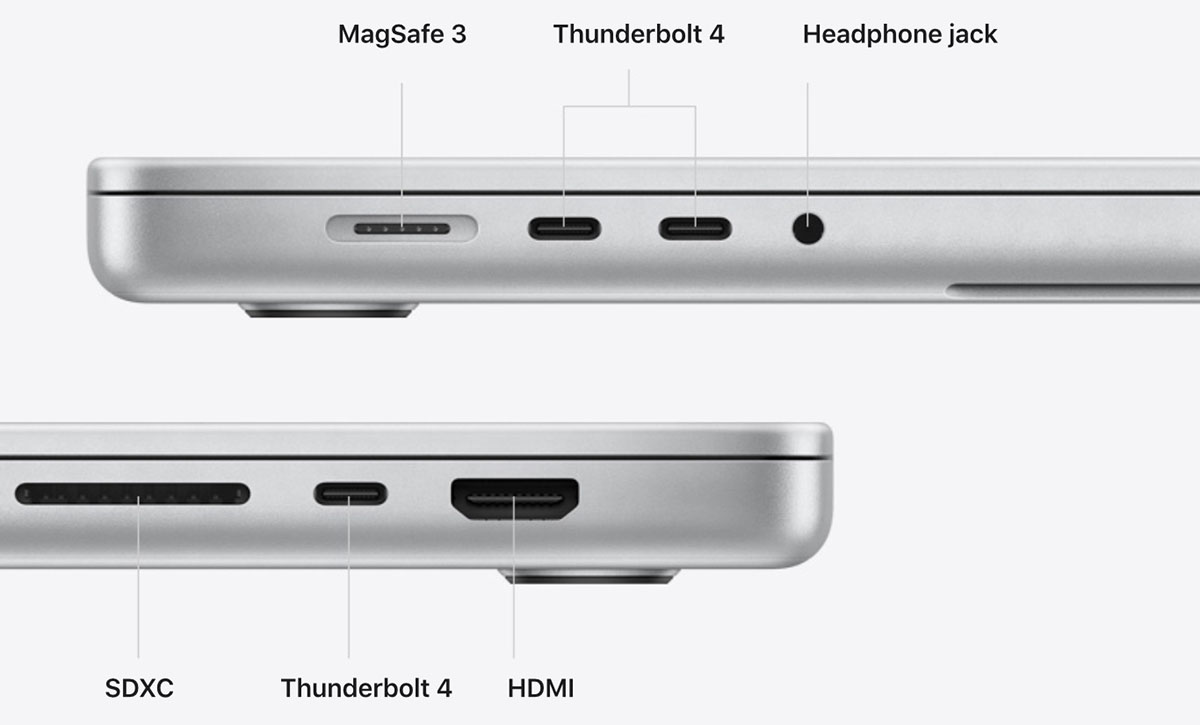 The 2022 MacBook Air gained MagSafe charging like the modern MacBook Pro. However, Apple has kept additions like HDMI, SDXC slot, and support for up to 4 external displays exclusive to the 14 and 16″ MacBook Pro.

The 2022 MacBook Air has support for just 1 external display up to 6K at 60Hz, even with the new M2 chip. That may be a deal-breaker for some.

Other upgrades that have arrived with the M2 Pro/Max MacBook Pro include Wi-Fi 6E, Bluetooth 5.3, and support for 8K video output with the new HDMI 2.1 port. 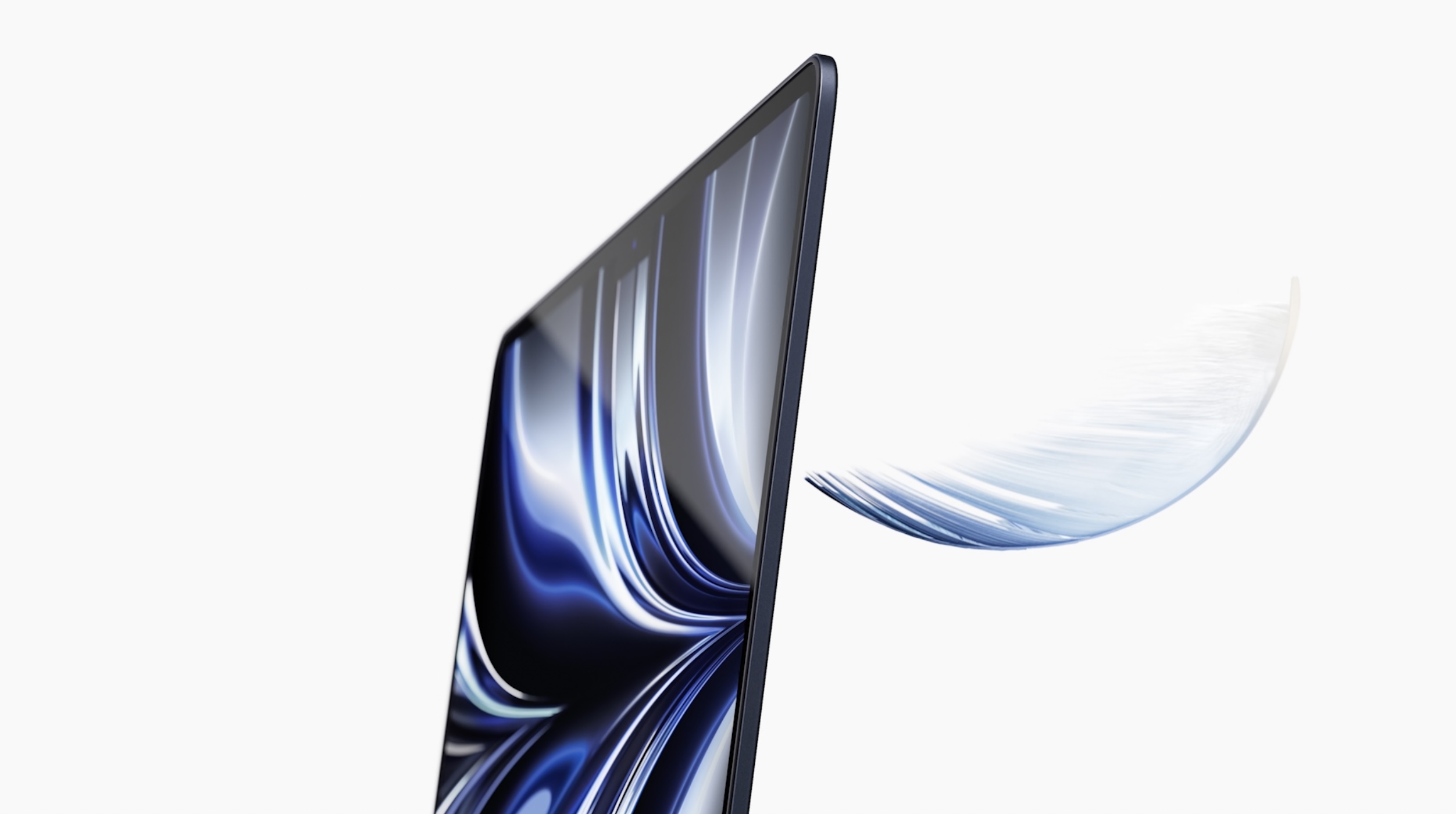 As you’d expect, the MacBook Air remains the lightest machine with both MacBook Pro models weighing more. The MacBook Air is also super-thin at 11.3 mm (0.44 in).

The new MacBook Pro laptops remain available in space gray and silver while the Air comes in four choices.

Since the 2022 MacBook Air shifted from the wedge design it had for years, all of the new MacBooks share the flat-edged chassis. 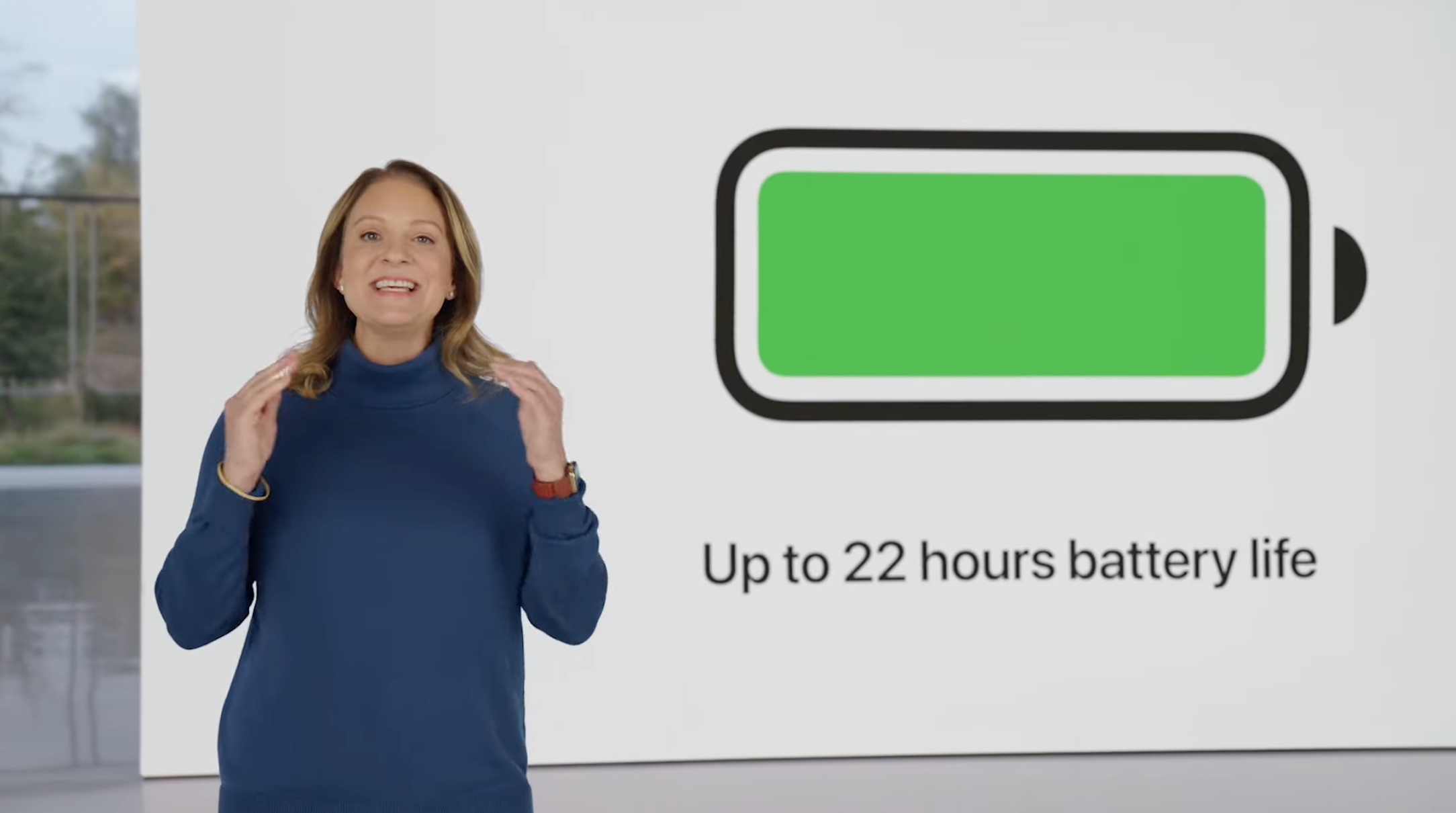 Real-world battery life for Apple Silicon MacBooks compared to the old Intel models has been impressive and usually matches the company’s claims. But that can depend on your workflow, screen brightness, and more.

Apple has boosted the M2 Pro/Max MacBook Pro battery life to the point where the 16″ MacBook Pro has up to 22 hours of video playback. Here’s how the machines compare:

All of these modern MacBooks can fast charge to give up to 50% battery in just 30 minutes. But keep in mind you’ll need to use the bigger power adapters listed above. 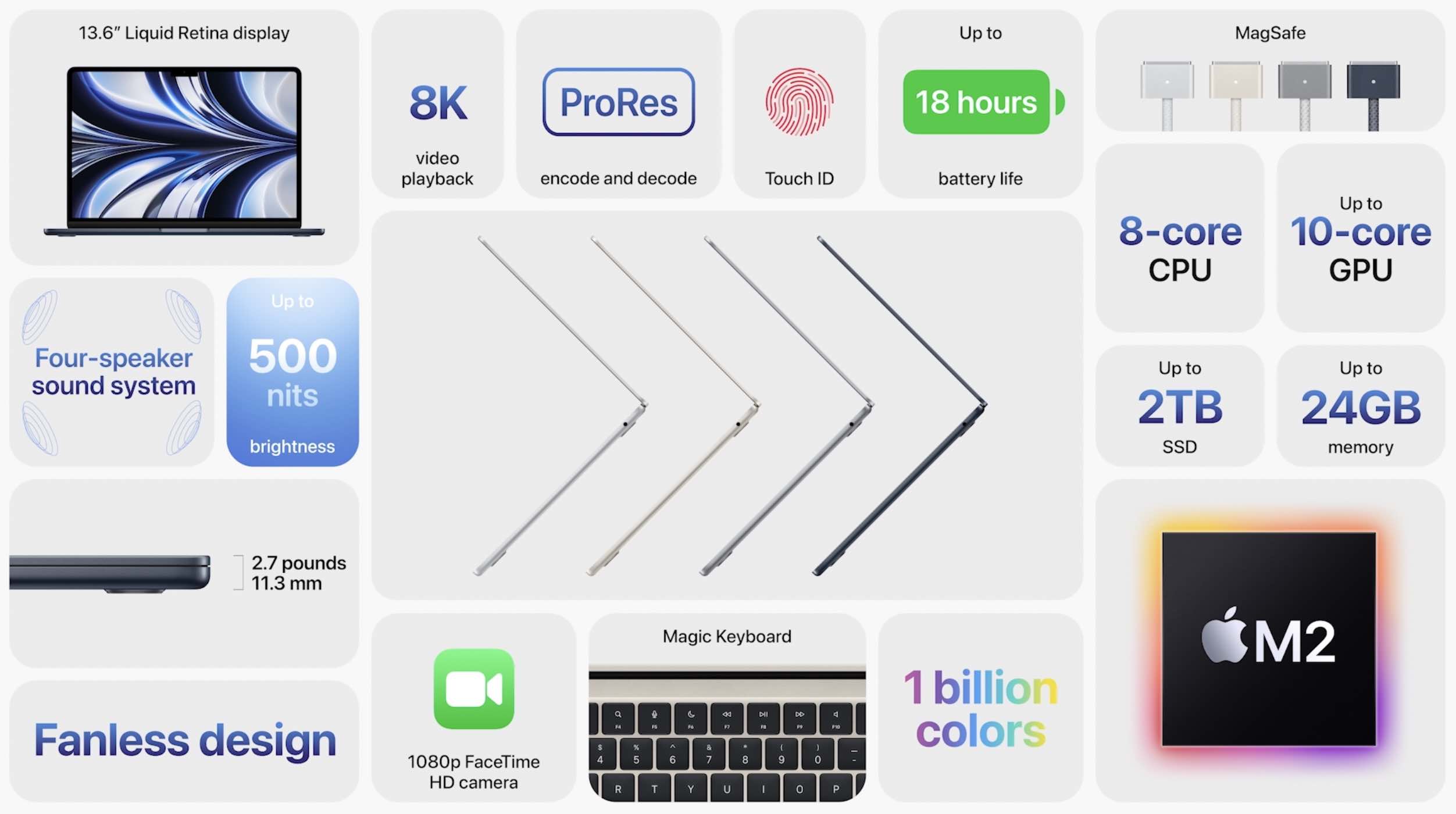 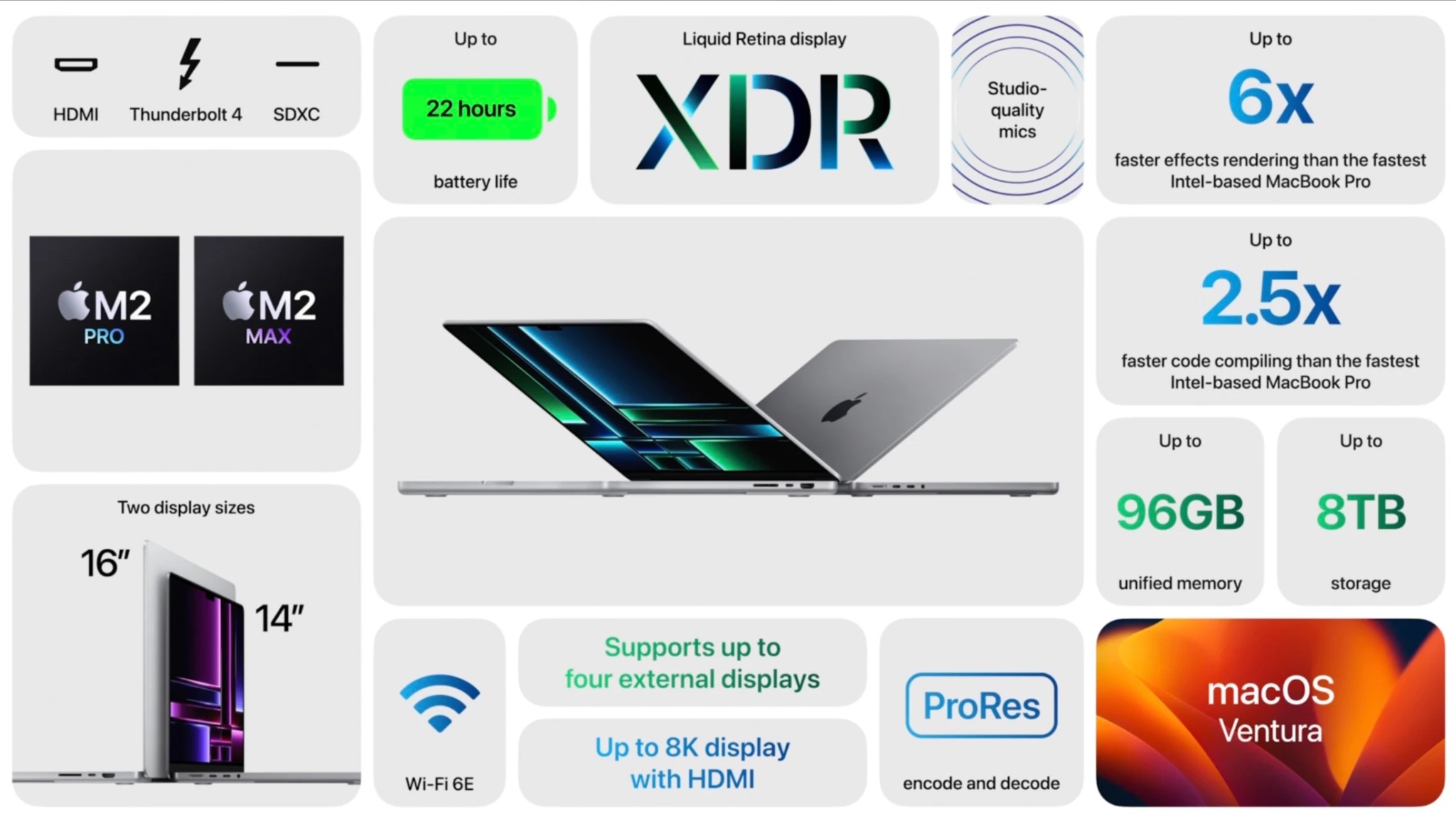 For light to medium performance needs and some limited intensive needs, in the lightest package with all-day battery life, the MacBook Air is the best fit starting at a reasonable $1,199. If you need or value the most power (still with an all-day battery), active cooling for heavy workloads, a brighter screen, more ports, greater external display support, and more, the MacBook Pro is the way to go. While the 13-inch MacBook Pro was refreshed with the M2 chip 2022, you shouldn’t buy it. You should either go for the M2 MacBook Air which has many more upgrades or if you really need the extra power, step up to the M2 Pro or Max MacBook Pro. Apple does still sell the M1 MacBook Air, but with many upgrades for just $200 more, go for the M2 MacBook Air if at all possible

What do you think about the current MacBook lineup? Share your thoughts in the comments! Thanks for reading our guide on MacBook Pro vs Air!