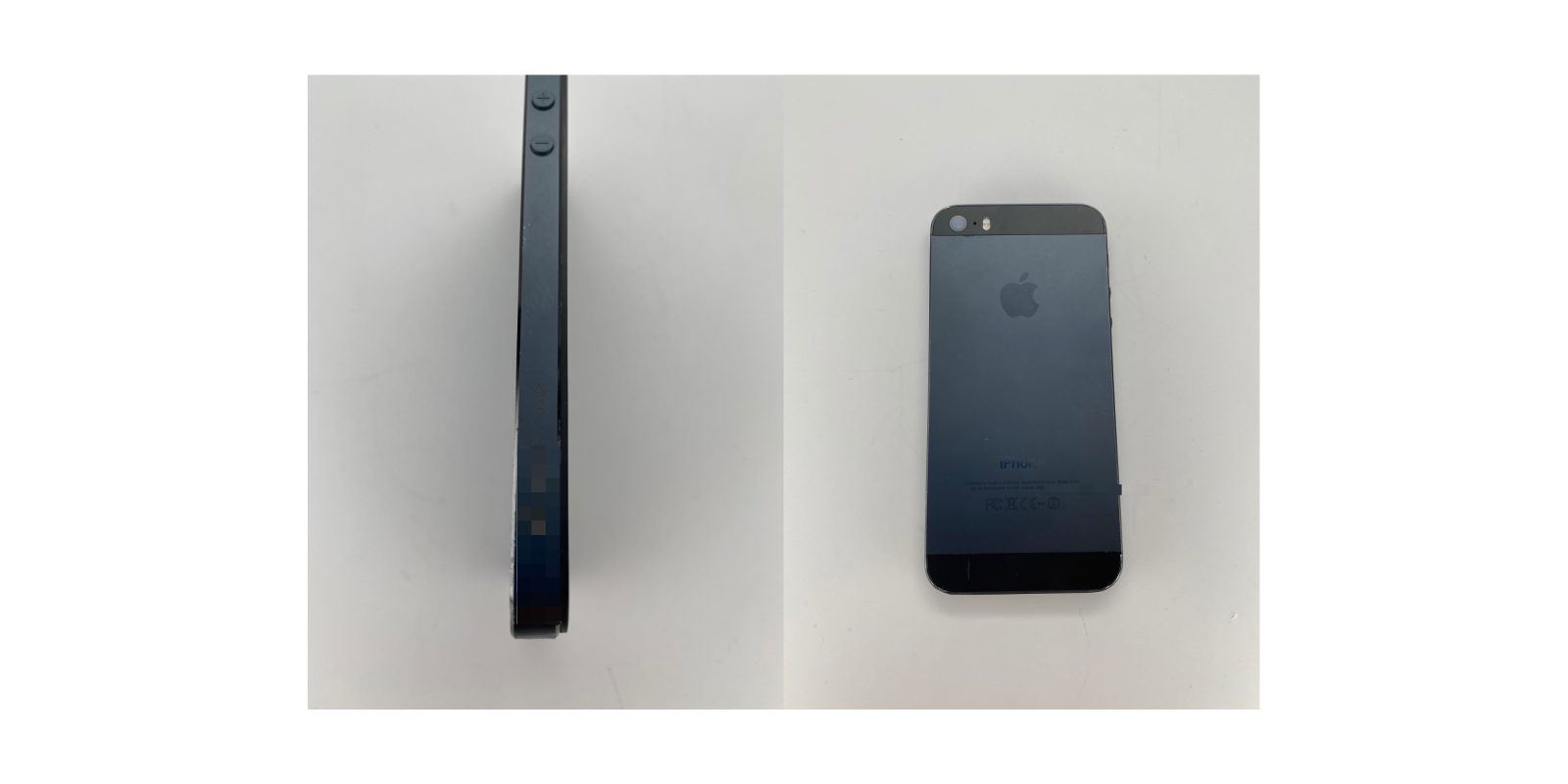 New images shared on Twitter by @DongleBookPro this weekend show the iPhone 5s in an unreleased Black and Slate color variant. This design was likely used in an effort to conceal the iPhone 5s while it was being tested, making it look more similar to the iPhone 5.

For those unfamiliar, the iPhone 5 was available in two colors: ‘White and Silver’ and ‘Black and Slate.’ With the following year’s introduction of the iPhone 5s, Apple introduced three new color variants: silver, gold, and space gray.

While these images could suggest that Apple considered making the iPhone 5s available in Black and Slate, DongleBookPro says the design of this prototype was likely conceived to help mask the iPhone 5s while it was still being prototyped and developed.

The prototype iPhone 5s seen here was manufactured in December of 2012, which is three months after the the iPhone 5 was announced and roughly nine months prior to the iPhone 5s being officially announced on September 10, 2013.

The Black and Slate color of the iPhone 5 was incredibly popular and many people have been calling on Apple to bring back something similar ever since 2012. Space gray has replaced Black and Slate in Apple’s array of colors since then as an evolving color option for most Apple devices.

Additionally it was manufactured in December of 2012, months after the 5 was released pic.twitter.com/qmKBxCuih7

‘BARS’ is a new Facebook app for creating and sharing raps