Nude photos in DMs could be automatically blocked by Instagram users 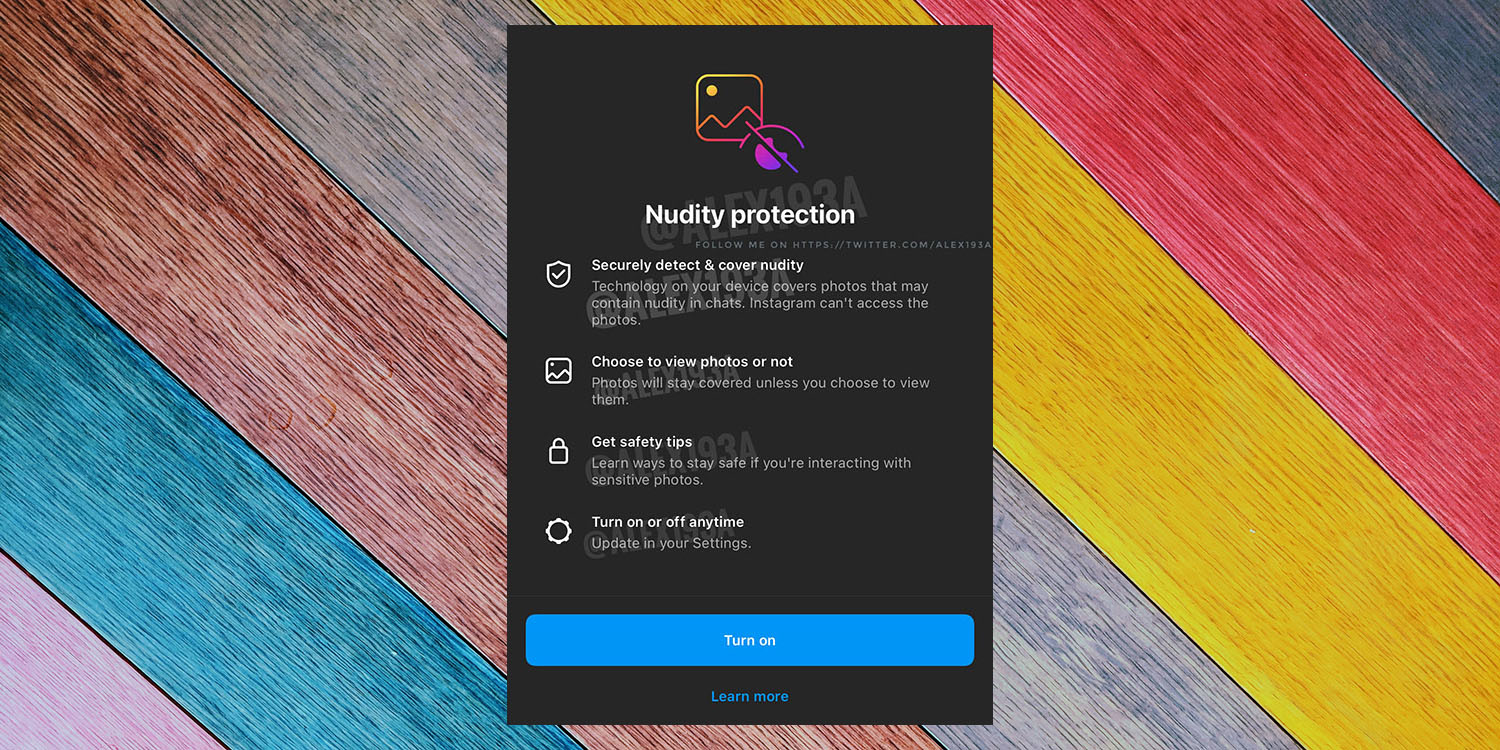 Meta has confirmed that it is developing a way of allowing users to automatically block nude photos in Instagram DMs. While the nature of the images that can be detected isn’t specified, one hopes it will block unsolicited nude photos to which too many women are subjected …

Developer and reverse engineer Alessandro Pulazzi discovered the evidence of the feature.

He posted a screengrab of the screen users will see when invited to activate the feature.

Securely detect & cover nudity. Technology on your device covers photos that may contain nudity in chats. Instagram can’t access the photos. Choose to view photos or not. Photos will stay covered unless you choose to view them. Get safety tips. Learn ways to stay safe if you’re interacting with sensitive photos. Turn on or off anytime Update in your Settings.

Instagram owner Meta confirmed to The Verge that the feature is in development.

Meta says the optional user controls, which are still in the early stages of development, will help people shield themselves from nude photos as well as other unwanted messages.

The company stressed that user privacy is protected, and promised to share more details in the coming weeks.

According to Meta, the technology will not allow Meta to view the actual messages nor share them with third parties. “We’re working closely with experts to ensure these new features preserve people’s privacy, while giving them control over the messages they receive,” Meta spokesperson Liz Fernandez said.

Abusive messages, including unsolicited nude photos in DMs, are a growing problem, especially for women. A study last year found that 43% of American women had experienced online abuse – with a third of them reporting sexual harassment.

A separate report by the Center for Countering Digital Hate found that around 6% of Instagram DMs received by women in the public eye were abusive, and that the social media platform failed to act on 90% of reports.