The new OtterBox 2-in-1 Charging Station with MagSafe has a clean Apple-like design with fast charging support for Apple Watch Series 7.

Apple has been slow to approve devices that support fast charging of the Apple Watch, as well as MagSafe. We've only seen a handful of devices from Nomad, Belkin, and Mophie with that support.

Instead, we've seen a variety of Qi chargers with magnets that charge at slower speeds.

OtterBox is coming to market with a unique design as well as all the requisite certifications to make it an extremely tempting option.

There are only so many ways to design a dual-device charging tree, with most of them looking similar to the Belkin design. OtterBox isn't too far off but instead seems to have modeled its charging station after the Studio Display. 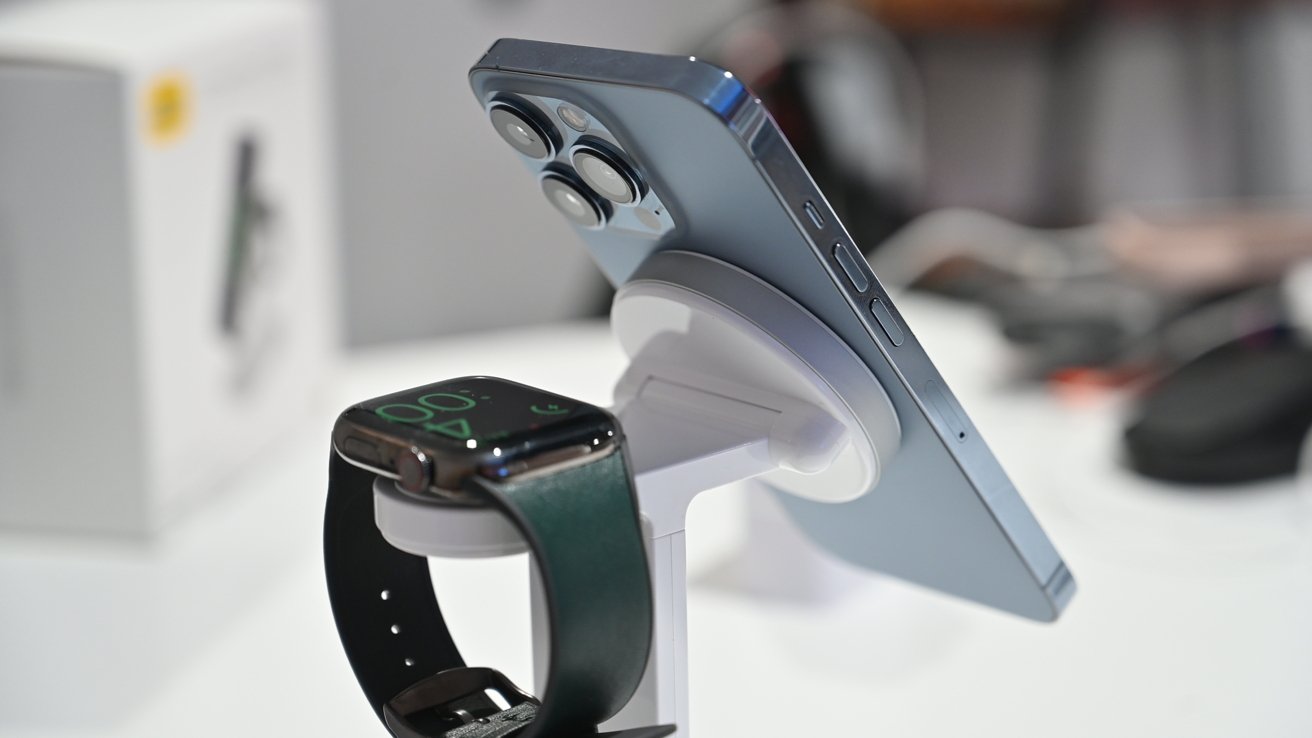 Charge your iPhone and Apple Watch

It has a broad, hefty base, a matte anodized aluminum cover, and a silicone foot. The body extends directly upward with the Apple Watch puck shooting out to the back with the MagSafe puck in the front.

While the Apple Watch puck is a fixed horizontal orientation, the MagSafe puck can tilt from vertical to horizontal. 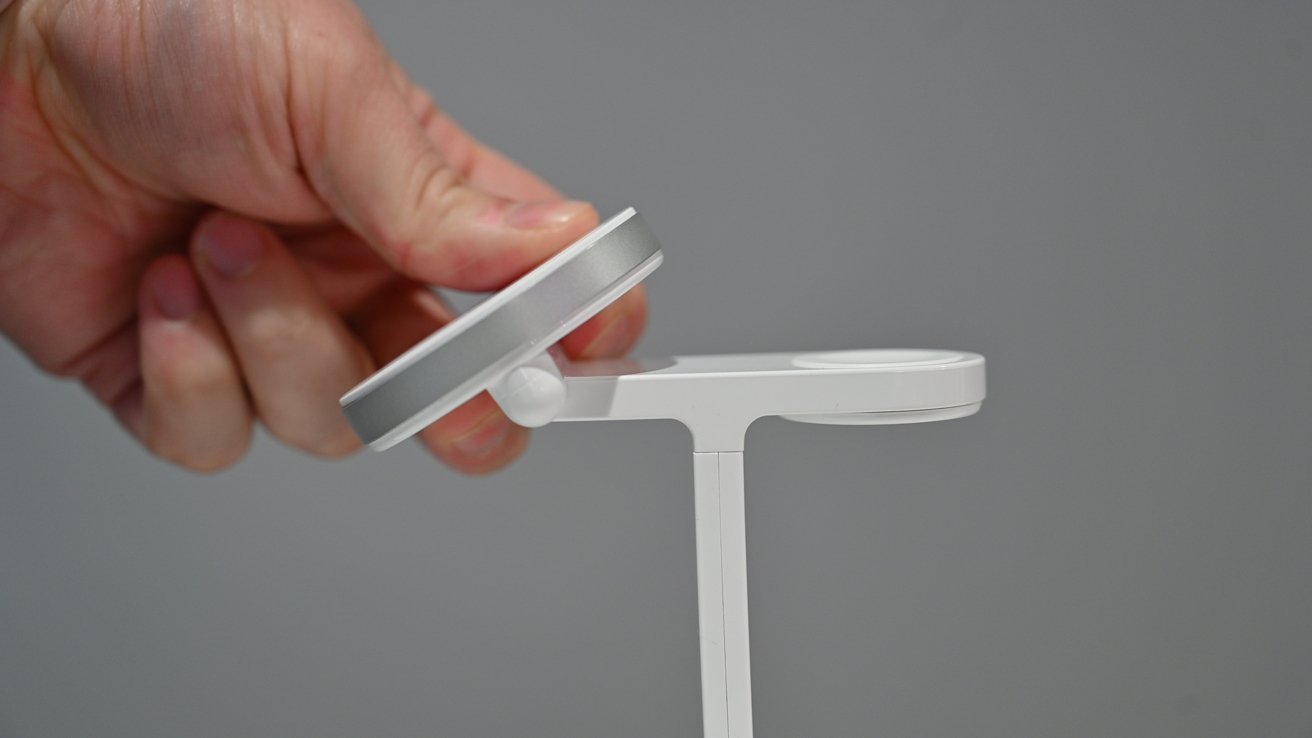 OtterBox made the MagSafe puck tilt perfectly flat so that you can place any headphones — including AirPods — on top to charge. If you have a new set of AirPods or AirPods Pro, they support MagSafe directly, and you don't need to tilt it back.

It takes a fair amount of effort to adjust the MagSafe puck. If it were too weak, it would move on its own when the large iPhone 13 Pro Max is placed. But that won't happen.

As you set the angle of the charger, it will stay there as you place your phone and pick it up. Of course, since this is MagSafe, you can rotate your iPhone to any angle.

On the back of the stand is a single USB-C port, used to power up your iPhone and Apple Watch simultaneously. 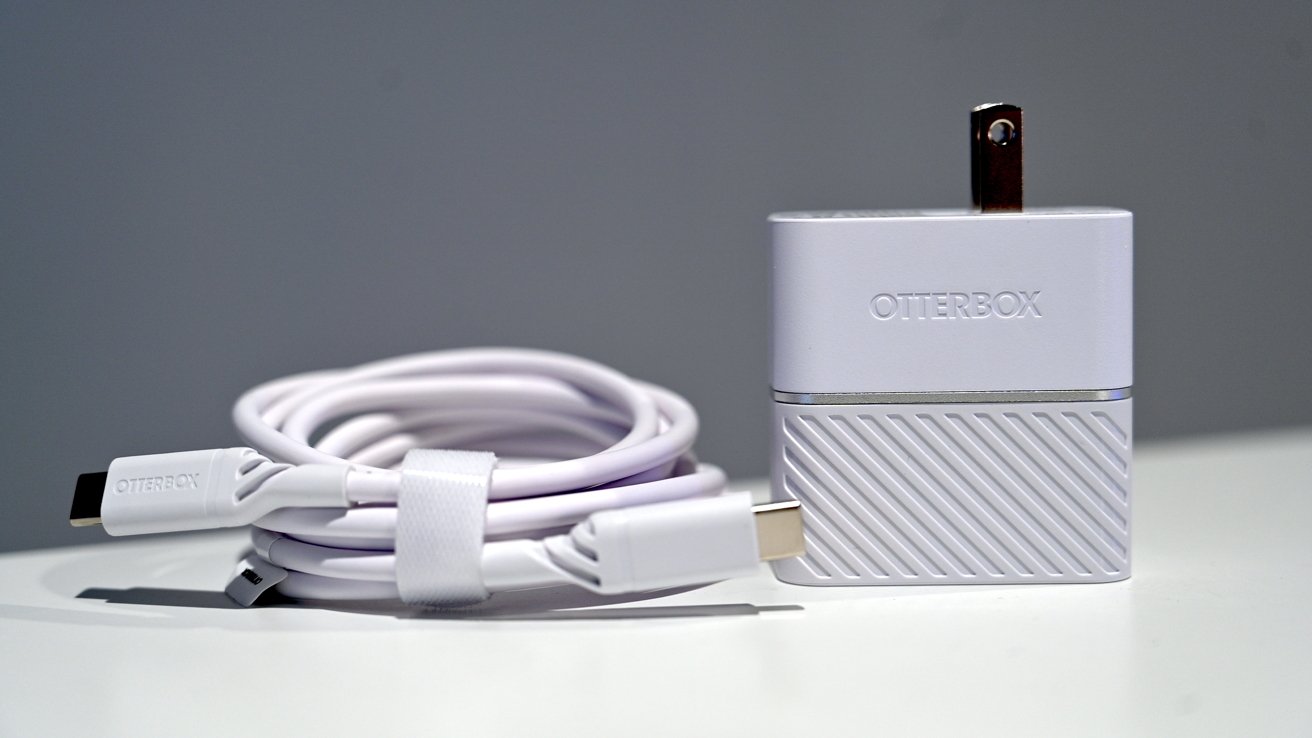 Included with the charger is a two-meter USB-C to USB-C cable. We prefer this standardized USB-C cable to Belkin's proprietary barrel connector on its MagSafe charging tree.

Some chargers these days also don't include power adapters, which provides additional value. And OtterBox went all-out with the accessories to provide quality options rather than off-the-shelf components.

The cable has stylized curved stress overmolds and an included hook and loop management tie. The power adapter is compact with prongs that pivot out from the end. It looks nice too with a silver band in the middle and angled grooves that make it easy to grip when plugging or unplugging.

The aforementioned charger OtterBox has bundled is a 36W power adapter. That's plenty of power to max out the MagSafe charger and support fast charging of Apple Watch.

The MFi-certified MagSafe module will charge any iPhone 12 or iPhone 13 model at up to 15W of power. Most magnetic Qi chargers are only capable of 7.5W of power. 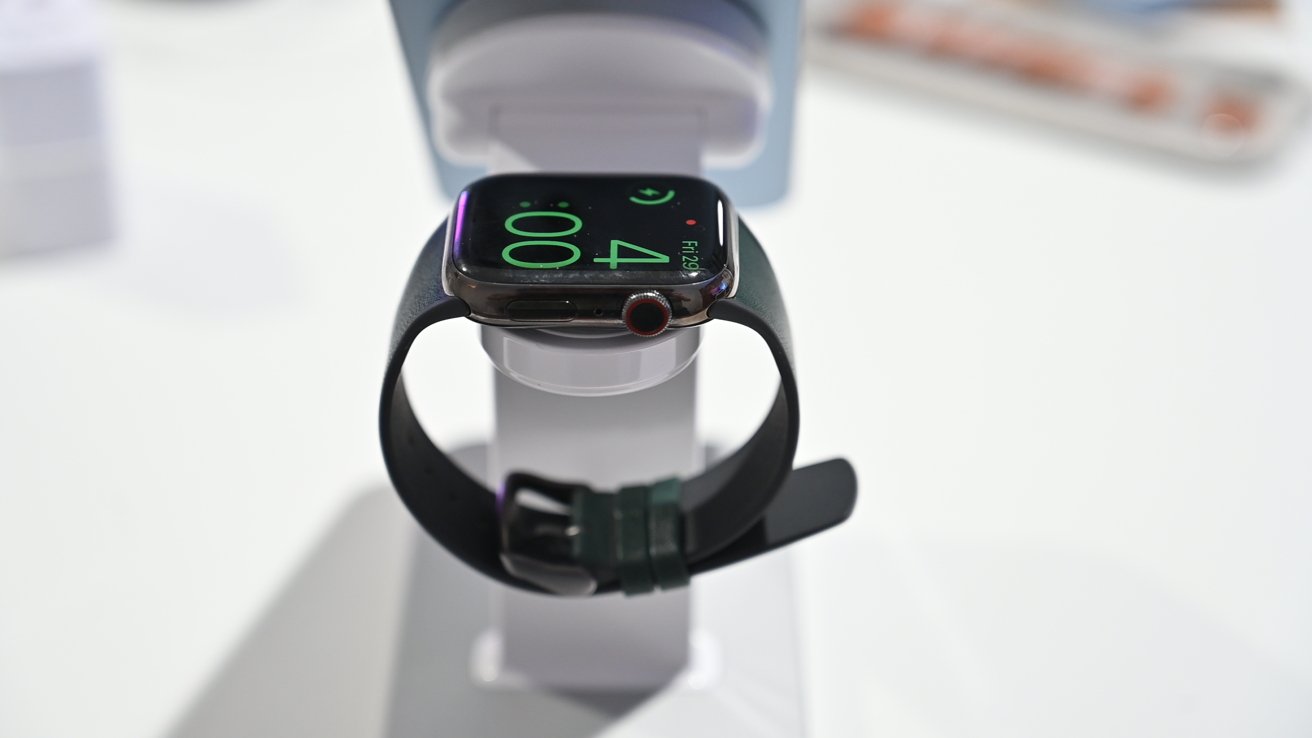 OtterBox says it can deliver up to 5W of power for the Apple Watch. If you own an Apple Watch Series 7, this supports the new fast charging feature, so it can get 80 percent charged in only 45 minutes.

One thing we'd love to see is a secondary USB-C output should you need to optionally power a third device. From our understanding, The MFi program doesn't allow this additional output on MagSafe devices and we hope this changes in the future.

Should you buy the OtterBox 2-in-1 charging station with MagSafe?

Everyone has a preferred charging setup. It's a personal choice based on your needs and devices.

We can't sit here and pompously say that the OtterBox is the ultimate solution for everyone, but we can at least judge whether or not the package presented is worth the cost.

In the crowded charging market, OtterBox has done an excellent job. This charger has an excellent look and feel using premium materials. 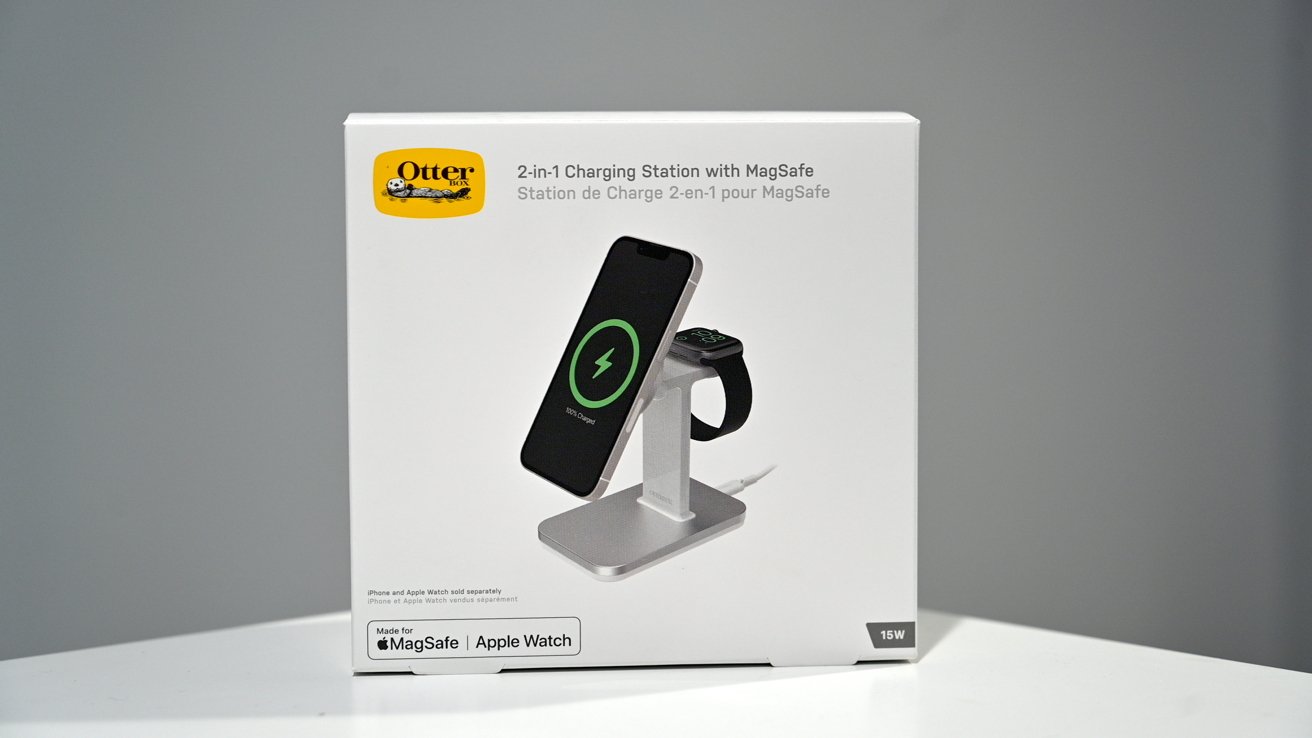 It also has the honor of being one of very few Apple-certified MagSafe chargers. There are even less that support fast charging of Apple Watch.

As long as Nightstand mode for Apple Watch isn't a requirement, we see no reason not to recommend it. There are no other two-in-one MagSafe chargers with Apple Watch Series 7 fast charging even available to consider.

OtterBox isn't typically known for chargers, but after this, maybe it will be.