Twelve South delivered a hit with its HoverBar Duo stand for iPad and iPhone and the evolution of the series has begun with the HoverBar Tower. I’ve been testing out the new floor stand for iPad that offers the flexibility to put the tablet in the right position for pretty much any use case.

Holds iPad hands-free Adjusts iPad screen height from under 3 feet to over 5 feet Provides stable iPad use alongside home exercise equipment Compatible with all iPad models, even with most cases attached Articulating arm Made up of weighted base, 3 post poles, articulating arm, and iPad attachment Total weight 8.9 pounds / 4 kg Available in white or black Price: $129.95 (Apple, Amazon, Twelve South)

No surprise, the build quality is fantastic on the HoverBar Tower. It’s mostly made of a solid and nicely finished metal (I believe steel for the base and aluminum for the poles). I tested out the matte black version but matte white is also available.

Plastic is used for the iPad attachment that expands to hold even the 12.9″ iPad Pro with a nice rubber inlay to protect both the back and sides of your tablet. 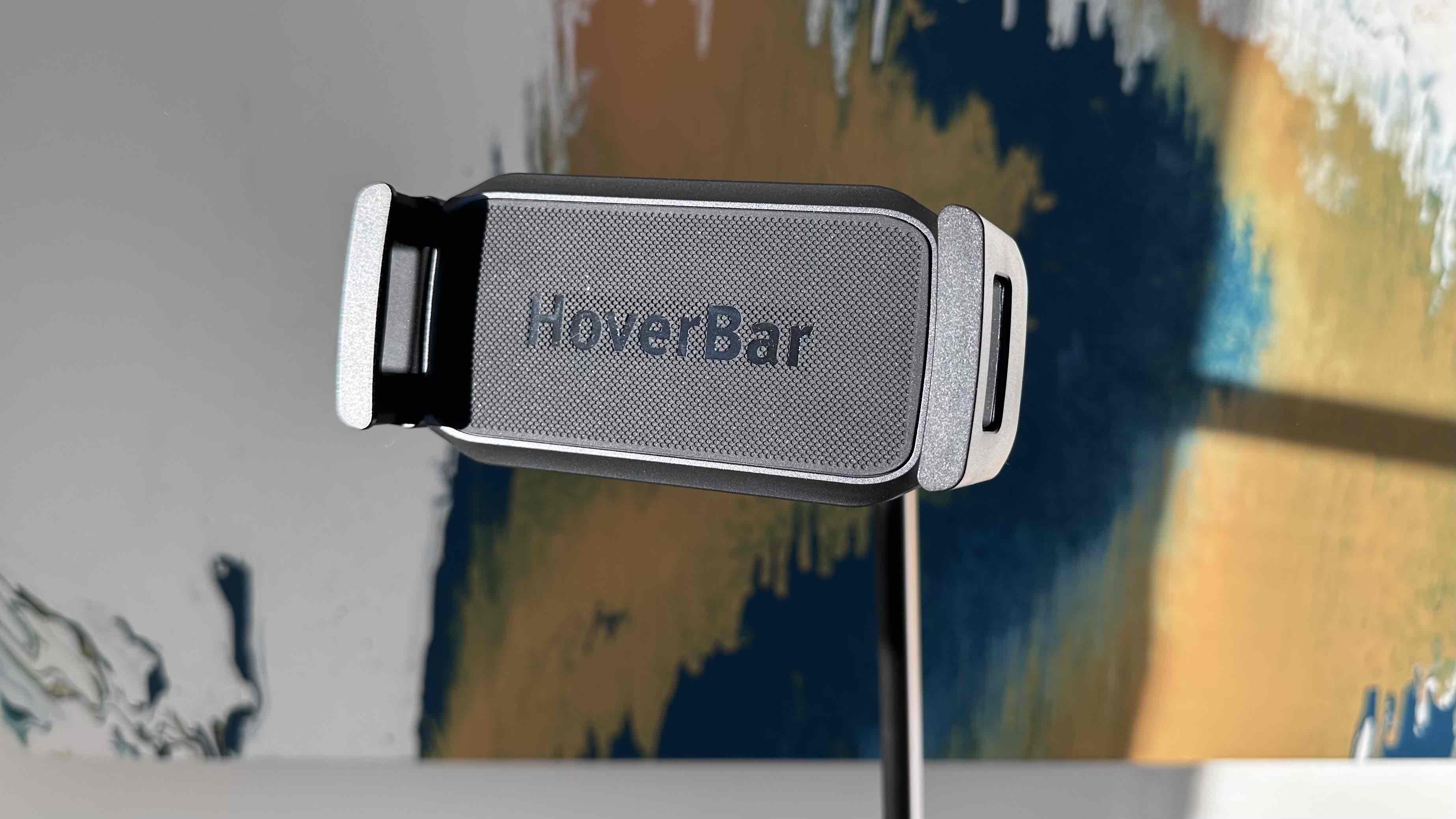 The articulating arm offers two hinges that have 360-degree flexibility plus the iPad attachment is secured on a ball joint that offers a third level of adjustment. 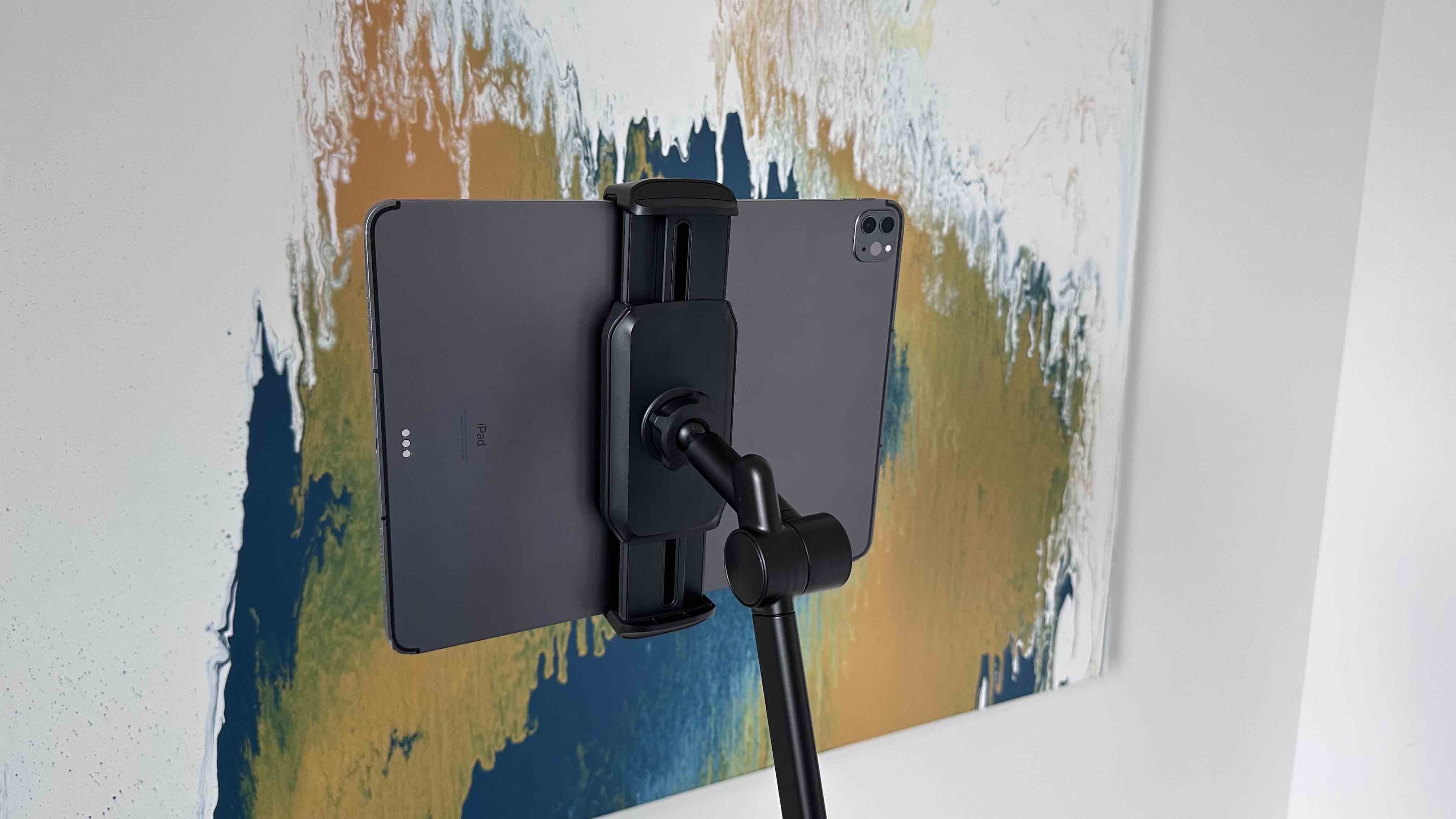 It’s also easy to assemble and disassemble if you would want to take it with you to work, on a trip, etc.

The base is made up of a solid piece of steel with foam padding in the bottom corners so it won’t scratch up floors. 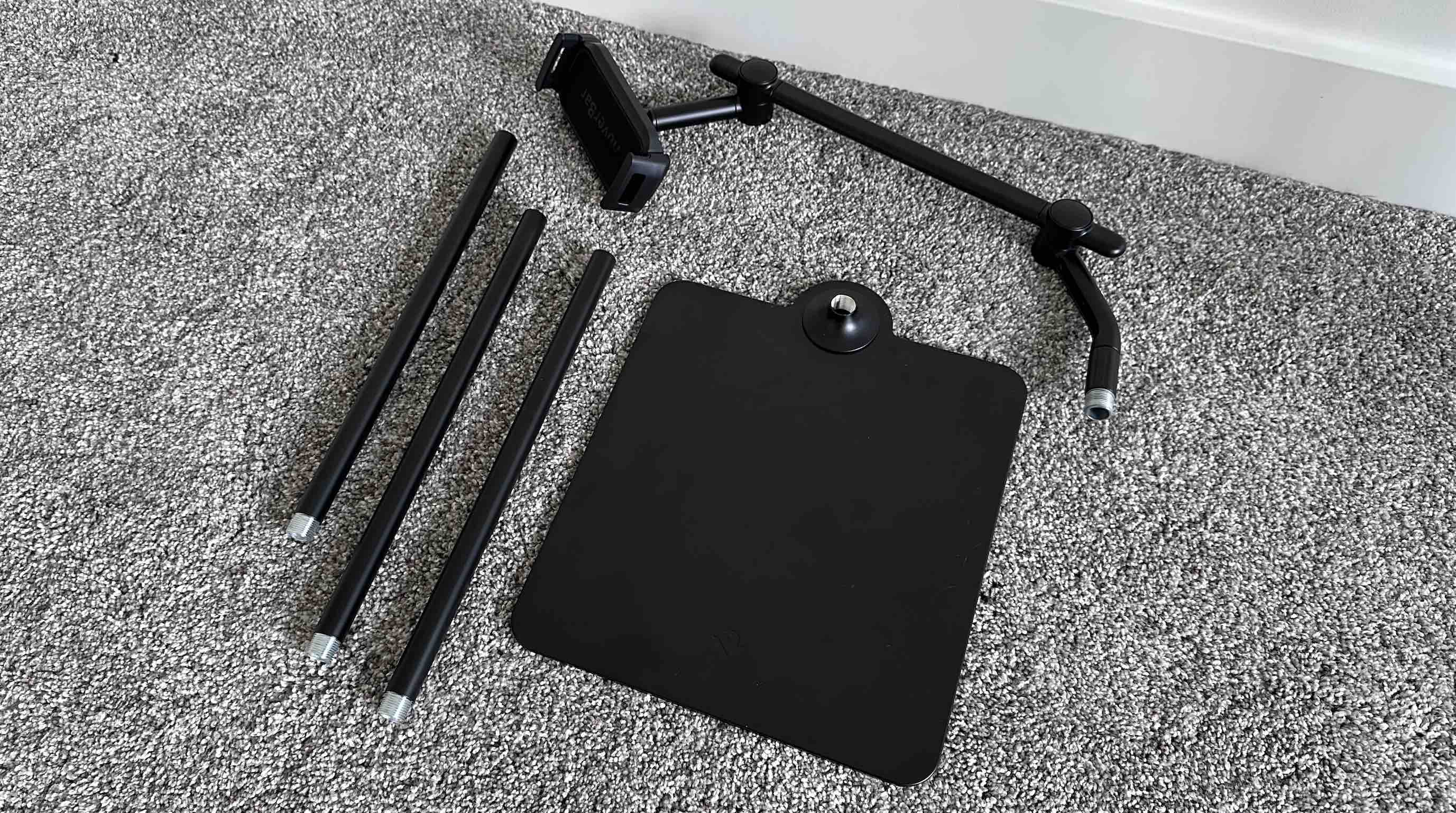 In the several weeks I’ve been using the HoverBar Tower, I keep finding more and more uses for it. It’s great for workouts on Apple Fitness+, YouTube, Peloton, etc.

It’s also a great desk companion. Because of the height adjustability, you can use it beside a larger monitor or even on top of your setup. 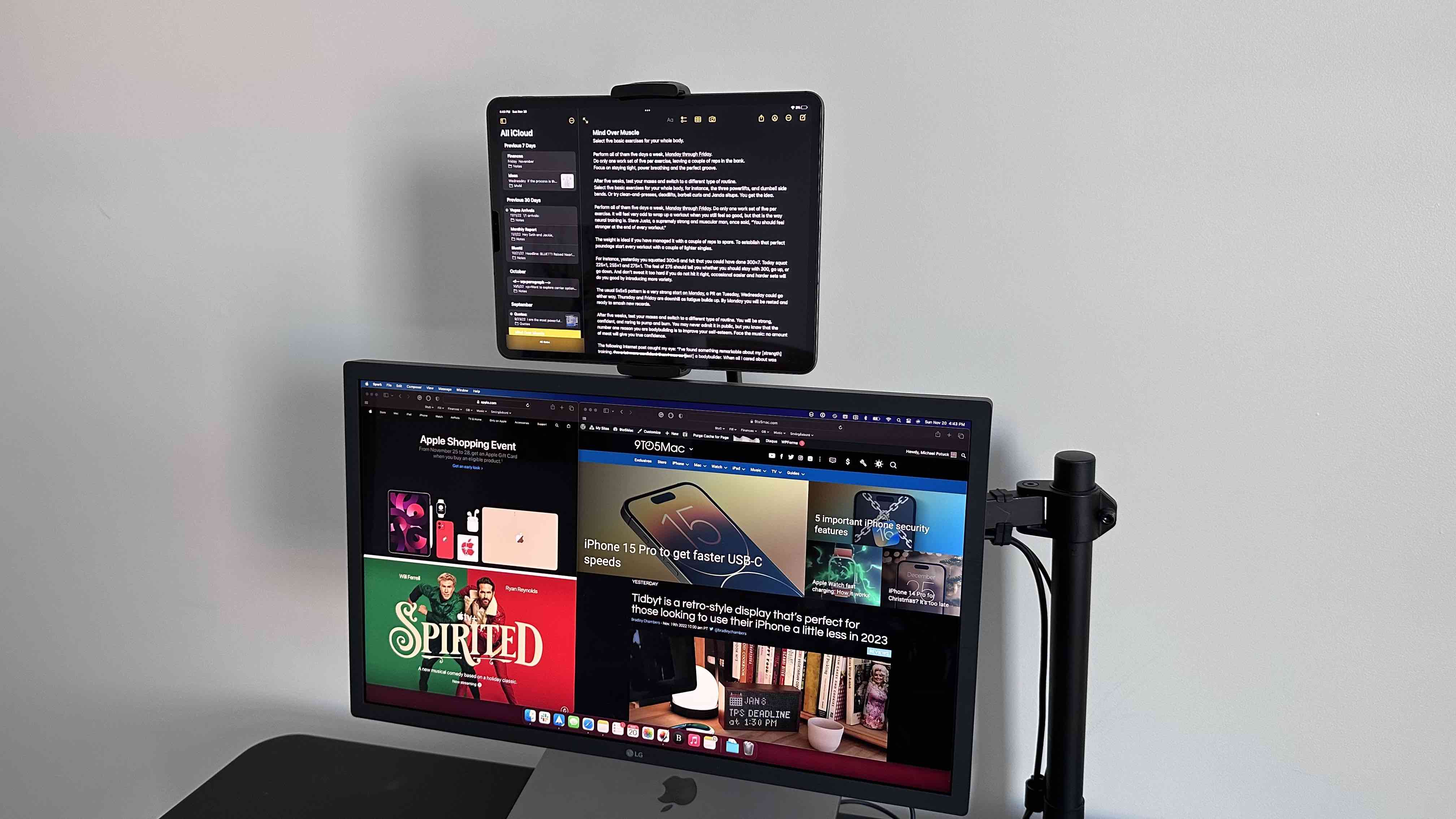 It’s also super useful for FaceTime calls. Since it’s freestanding, it’s much easier to get everyone in the picture on group/family calls. That also makes it easy to do video calls from a couch or really anywhere 😁.

Another scenario my family has found HoverBar Tower really handy has been in the Kitchen. Removing the iPad (or an iPhone) from your countertop frees up space and means you’re near as likely to get your screen messy. 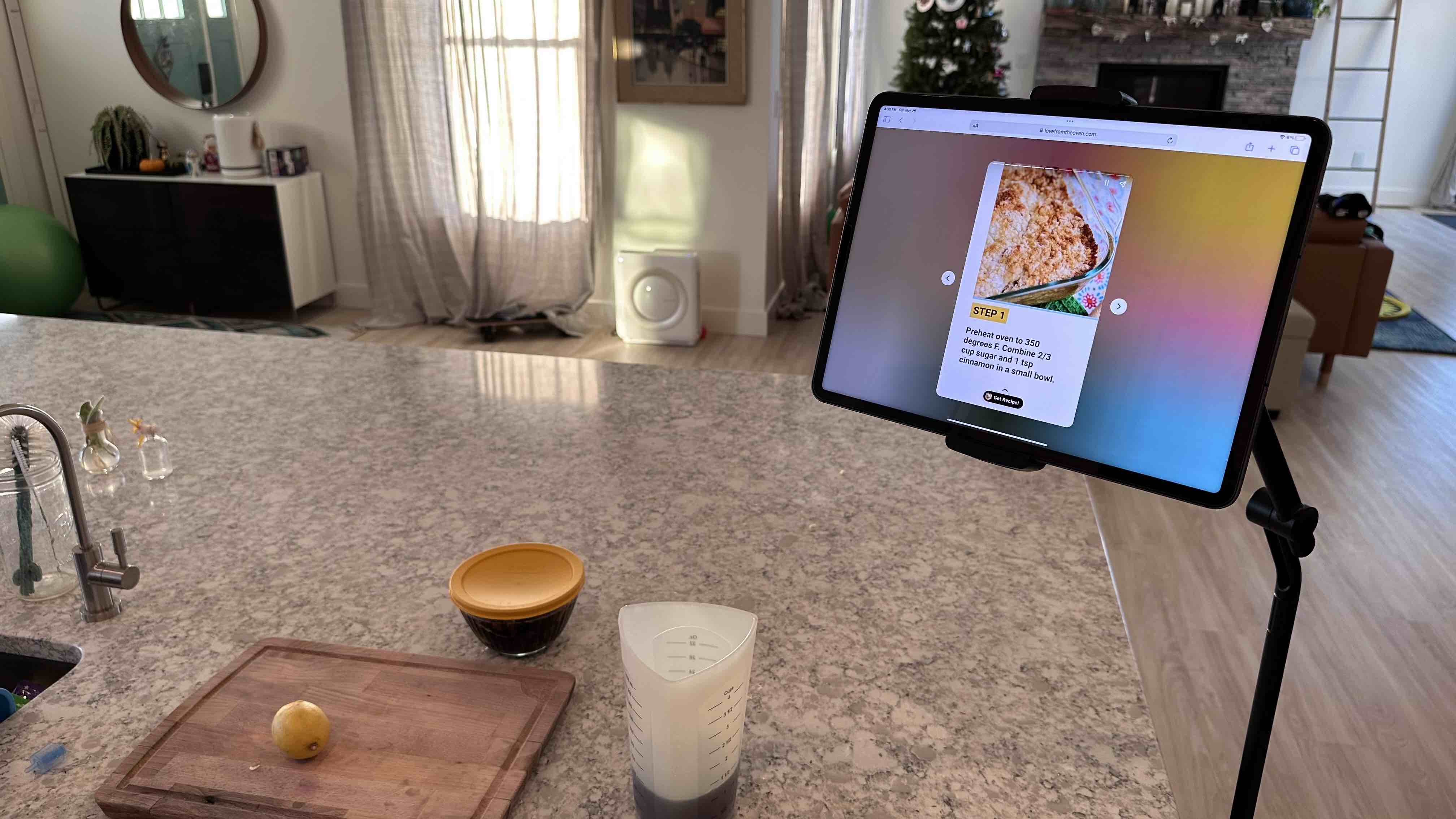 And just like the HoverBar Duo, you can pop an iPhone into the HoverBar Tower mount if you want to use it as a tripod for snapping photos/shooting video or any other ideas you can come up with.

Another detail to mention, the two main hinges on the top attachment arm have a precise amount of resistance. You cannot change it, but Twelve South has set it to the sweet spot of being secure that it doesn’t move once you get it where you want, but it’s not too hard to move when you do want to change it.

As mentioned above, the ball joint where the iPad attachment connects to the arm is adjustable with a threaded nut to fine-tune the resistance.

Another thoughtful detail is Twelve South included a joint that allows you to spin the vertical portion of the stand 360 degrees without unthreading the pole from the base: 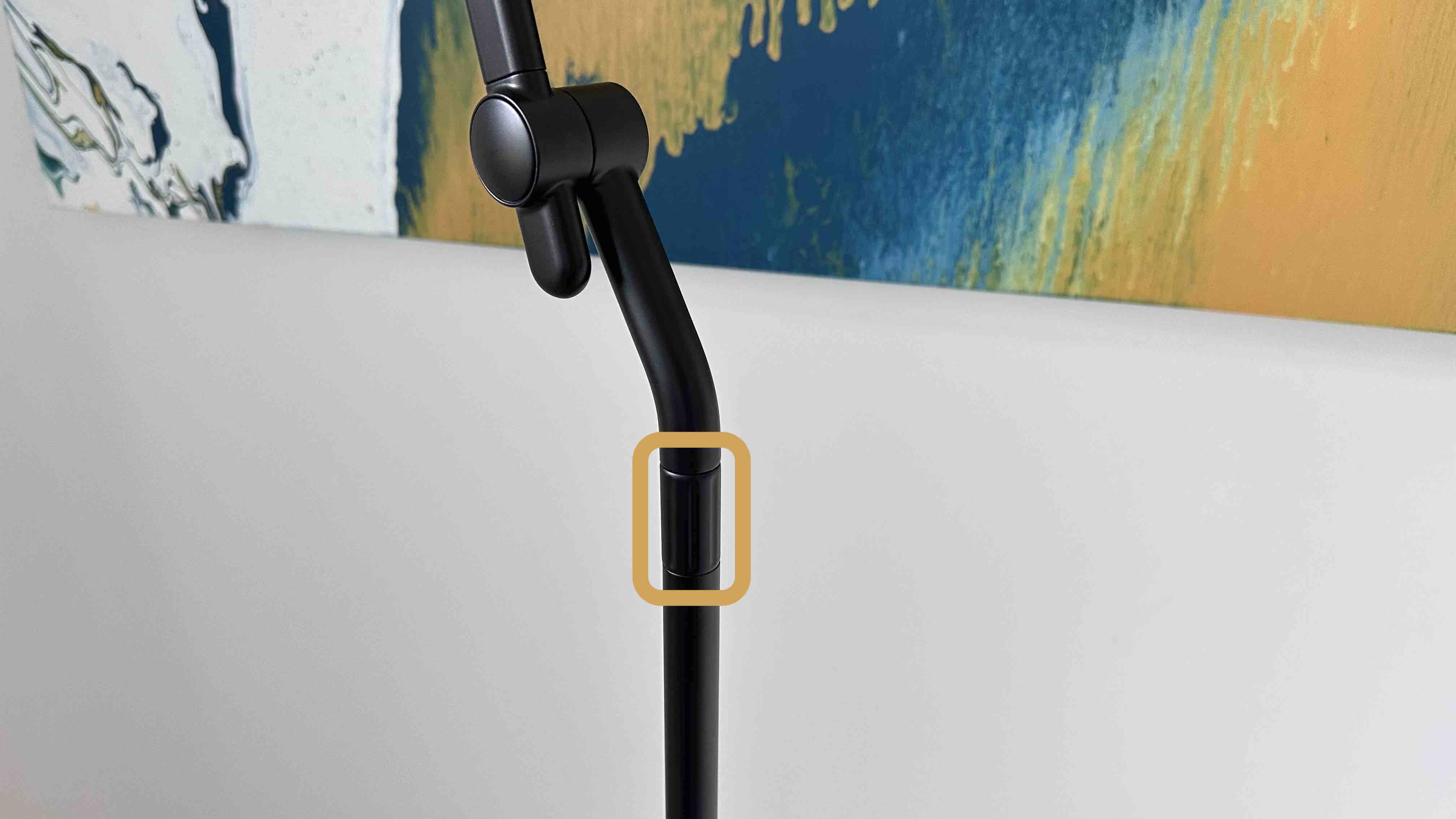 One tiny piece of constructive criticism is there is some wobble when pressing on your iPad screen. But honestly, I think that’s probably just part of the physics of floating a tablet into the air with a freestanding base like this.

The wobble isn’t too much and it has not been a concern for me as far as the iPad being secure or the base being knocked over. Usually, the scenarios I’ve found HoverBar Tower most useful aren’t tapping-intensive ones.

Delivers hands-free use for iPad mini up to the 12.9″ iPad Pro (iPhones too) Super flexibility that lets you achieve almost any angle Solid build quality with secure grip for iPad

Little bit of wobble when tapping your iPad screen

Overall, I give the Twelve South HoverBar Tower a 5/5 rating.

You can find the handy iPad stand direct from Twelve South, at Amazon, and Apple.