SmartGym for iPhone, iPad, Mac, and Apple Watch had a big year in 2022 with some impressive updates and even won an Apple Editors’ Choice Award. Out today with its first major update for 2023, Smart Gym now has redesigned routines and exercises, a new Monthly Summary, a new Monthly widget, new App Shortcuts, “Up Next” on the main screen, and more.

The latest verison SmartGym is available now on the App Store with seven major additions/changes. That includes some features requested by users, redesigned routines and exercises, the new Monthly Summary, updated and new App Shortcuts, new integration of the Up Next feature, and a new widget.

“A couple of weeks ago we launched our first Year In Review. Our users loved it! So, we’re taking this to a whole new level! We’re creating Monthly Summary. A super cool feature that shows really awesome stats about the user’s progress during a specific month.

Here are all the details you’ll see with the new feature: 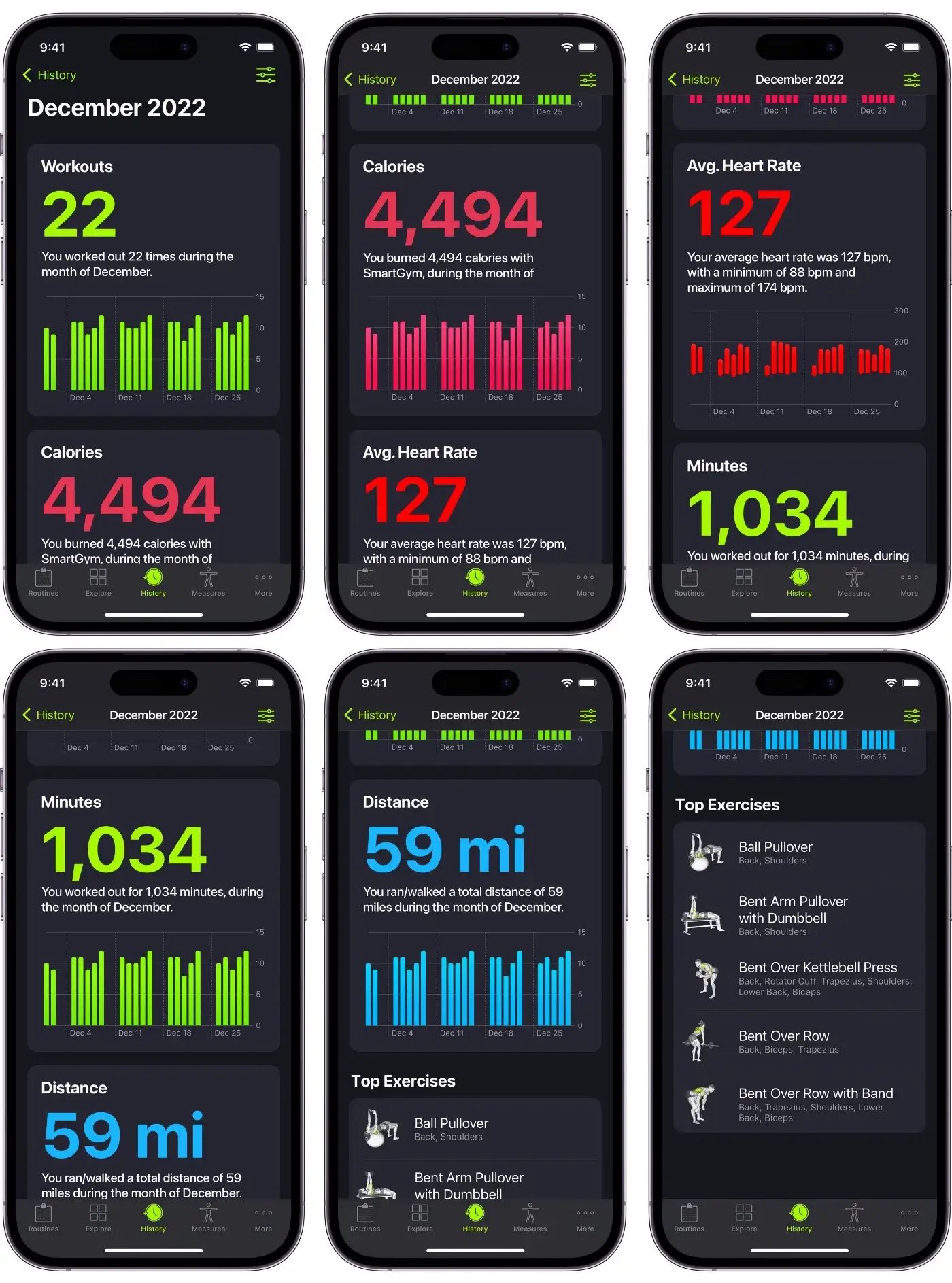 Another change is a redesign of both routines and exercises.

“With SmartGym 6, one of our biggest features was the introduction of the Muscle Fatigue tool. In just one place, users can see how tired their muscles are after a workout. Or even how much a routine will require from their muscles. We’re now bringing this information to the main screen. And it’s really awesome! :)”

And for the redesigned exercises, the new SmartGym makes it easier to tell which exercise is which by how they appear within a routine.

Coming alongside the new Monthly Summary, a new Monthly Workouts widget has arrived to make it easy to keep track of your progress and build motivation. It’s available in small, medium, and large sizes and works on the Lock Screen and Home Screen.

With an update to App Shortcuts, users can automate more capabilities:

“There are five App Shortcuts. The first, will automatically start a workout session, select the routine the user should to do on that specific day and show it on the screen. All without any user interaction besides giving Siri the command. The second, will start an open workout session, so the user can manually choose any other routine they want. The third will show the user’s history. The fourth will show the monthly summary feature we just announced. And the fifth will show the user’s body measures.”

Finally, two more changes are more detailed heart rate ranges for every workout plus the popular Up Next widget has inspired the feature to now be visible on the main SmartGym screen.

SmartGym is a free download for iPhone, iPad, Apple Watch, and Mac from the App Store with in-app purchases for the Premium plan to unlock all of the app’s features.