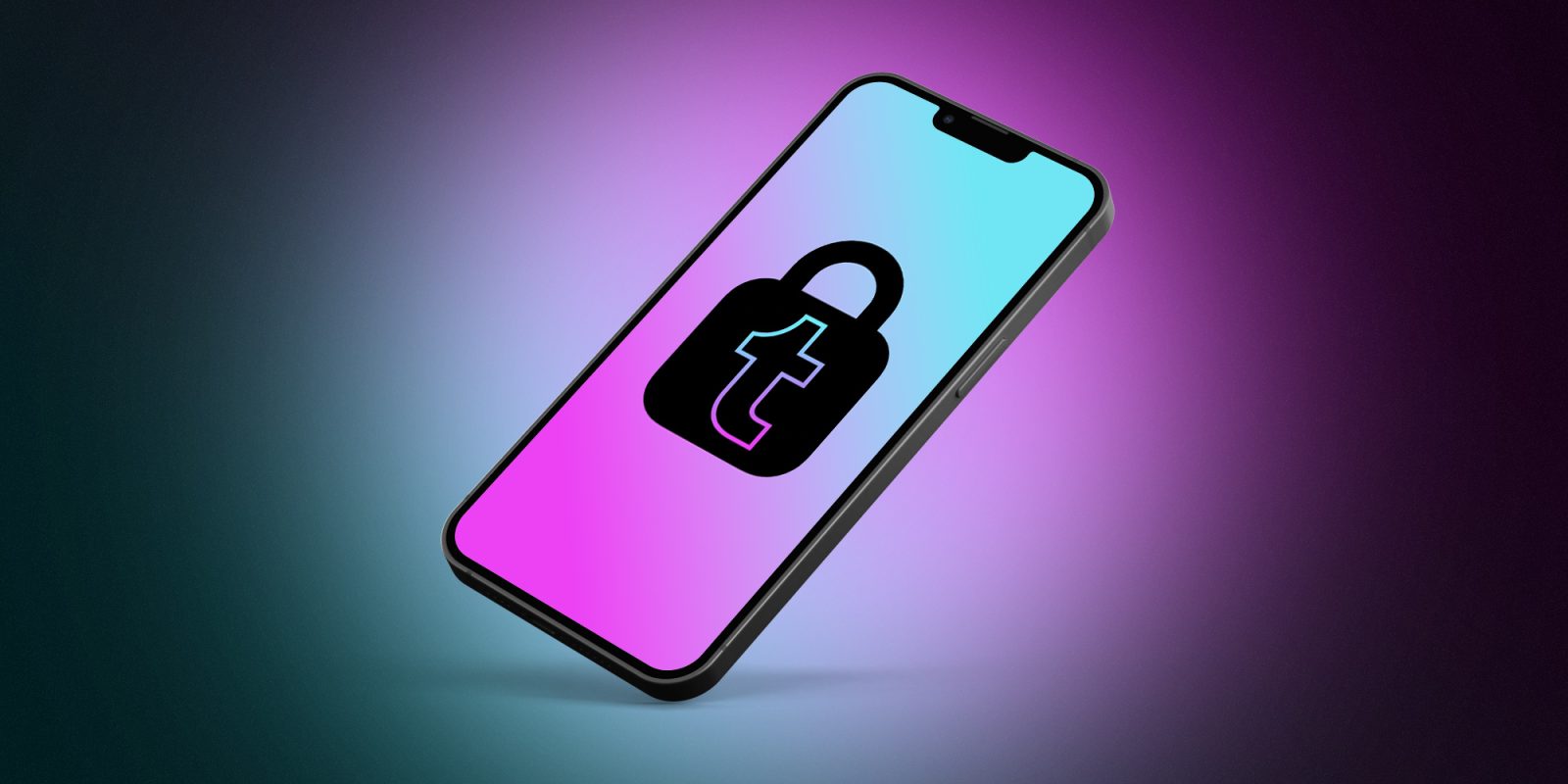 Tumblr has recently been hiding some search results in its iOS app due to Apple guidelines restricting sensitive content on the App Store. Now the social network has updated its app to include a new toggle that lets users choose whether or not to view such content when using Tumblr on an iPhone or iPad.

As noted by TechCrunch, searches for sensitive terms like “marijuana” didn’t return any results in Tumblr’s iOS app. However, the latest version of the app now shows a popup asking users if they want to disable the sensitive content filter when searching for any of the restricted terms.

Woah, hang on there. This content has been hidden on iOS because of its potentially sensitive or explicit nature. If you’re sure you’d like to see it anyway, you can opt into sensitive content in your settings.

The “Hide Sensitive Content” option is enabled by default to comply with App Store rules. In addition to hiding sensitive search results, it also hides recommendations for posts and blogs with related content when enabled.

“These latest updates provide more control to our community on the iOS app to build the experience that fits them best, and to explore the content that they find interesting,” Tumblr said in a company blog post. “While the experience for our community is a top priority, we must also comply with Apple’s App Store Guidelines and our own guidelines.” 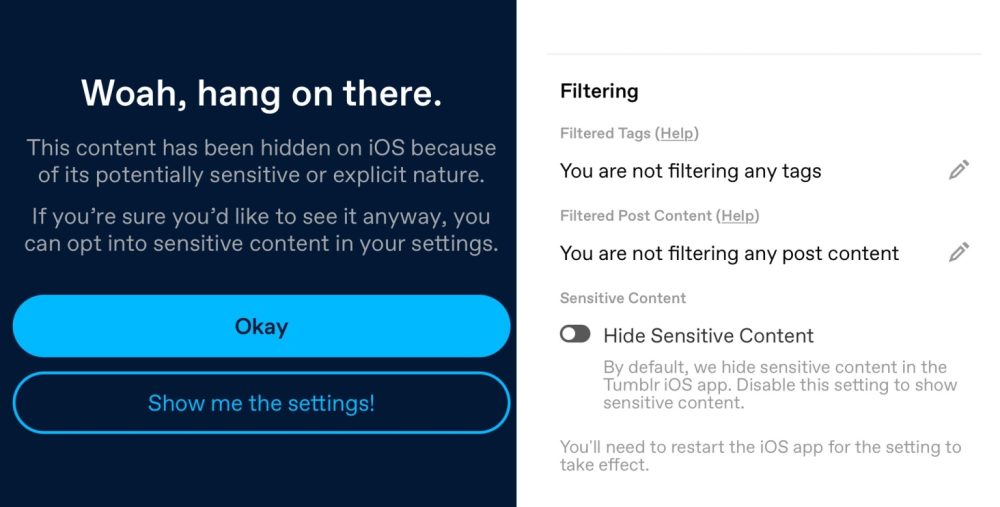 The Tumblr app is available for free on the App Store for iPhone and iPad.