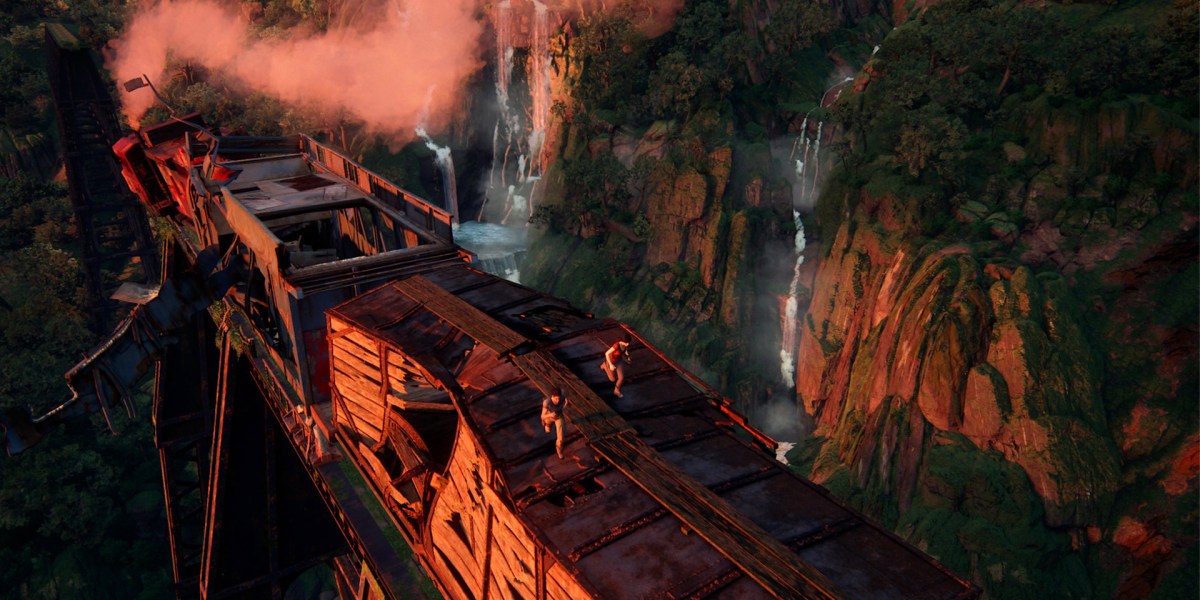 While we got our first glimpse at the Uncharted: Legacy of Thieves Collection in September, we now finally have an official PlayStation 5 release date: January 28, 2022. Not only that, but the Collection is also coming to PC after the PlayStation 5 release. Delivering a single-player experience from the award-winning Uncharted 4 game, there’s plenty to love here. What does the Uncharted: Legacy of Thieves Collection include? Let’s take a closer look.

The team behind Uncharted didn’t just want to release the Legacy of Thieves Collection for PlayStation 5 and PC with the same graphics the games had at launch. You’ll find three graphics options for various methods of gameplay:

Fidelity Mode – For those of you who have a 4K display and want super sharp resolution above all else to enjoy the stunning environments and details the Uncharted series is known for, select Fidelity Mode and play in native 4K resolution with a 30fps target framerate.Performance Mode – Performance Mode targets a 60 FPS frame rate.Performance+ Mode – If you’re all about the smoothest gameplay possible and don’t mind a resolution drop, try out our first ever Performance+ Mode which targets 120fps at a 1080p resolution.

On top of that, the power that the PlayStation 5 and modern PCs offer means that “load time is near instant,” which allows you to get into the action in record time. There’s also Spatial 3D Audio available on supported systems, allowing you to know exactly where shots are coming from and further immerse yourself in the iconic action.

You’ll also find DualSense controller support with a fine-tuned rumble and resistance, from feeling the 4×4 vehicles roll along the path or landing a punch, Uncharted 4 and The Lost Legacy will now be more immersive than ever before.

Those who own Uncharted 4: A Thief’s End, Uncharted: The Lost Legacy, or the digital bundle will have an option to upgrade to Uncharted: Legacy of Thieves on January 28 for a $10 fee. Even if you purchased the disk copy you can enjoy the $10 upgrade, though you’ll have to put the disk in every time you want to play the new remastered versions of the games.

On top of all of this, between now and February 3, whether you purchase or upgrade the game, you’ll be able to get a voucher code for one ticket to see the Uncharted movie once it’s released in theaters in February 2022.

This marks a huge launch in the Uncharted series, as it’ll be the first time the games will be available on PC. Not only that, but the new graphics modes will allow you to dive into the latest installments in the iconic series in all new ways. The only thing I wish is that the Fidelity mode would allow you to play at 4K60 instead of 4K30, though if you’re just wanting to take a leisure stroll through the worlds of Uncharted, 30FPS should be fine for console gamers.

We’re unsure how the game will run on PC, though, as official details have yet to be released for the desktop versions of the game. I do expect that PCs will have an unlocked framerate for the game, allowing higher-end graphics cards to push the game far further than what any console could imagine.

Get 1-year of easy password management with LastPass Premium for $25 (Reg. $36)